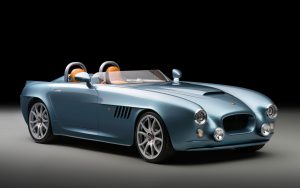 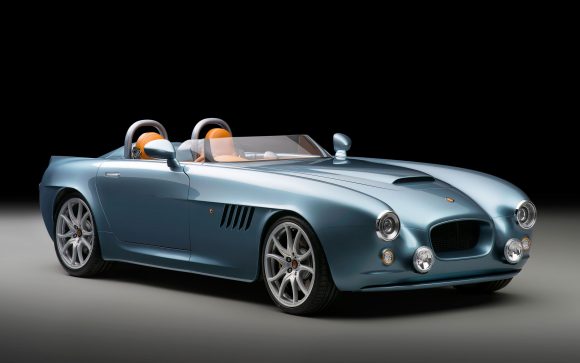 LUXURY British manufacturer Bristol Cars has unveiled its first new model in more than a decade.

The Bristol Bullet is a handmade two-seater built to celebrate the founding of the company 70 years ago. 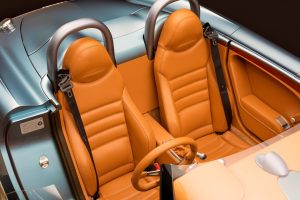 Carbon fibre composites are used for the body of the Bullet to give it strength and rigidity while minimising weight. It has a V8 Hercules engine manufactured by BMW.

A touch screen is embedded in the dashboard and there is even a button to provide direct access to the manufacturer’s only showroom, in Kensington, west London.

The Bullet was developed under the codename Project Pinnacle after a prototype was discovered hidden under a dusty tarpaulin in a factory.

‘This unique speedster sets the tone for the future of Bristol Cars – with a focus on luxury, performance and elegance.

‘The discovery of the prototype at the factory provided us with the perfect way to celebrate this incredible marque’s 70th anniversary.

‘Open top, highly luxurious, lightweight and full of torque, it really is the ultimate driver’s car.’

The Bullet was unveiled at The Dorchester in central London, and production is set to begin in Chichester, West Sussex, early next year. 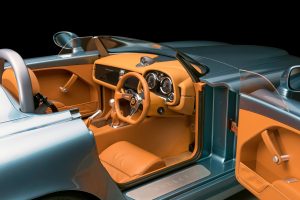 Bristol Cars began hand-building luxury models in Filton, Gloucestershire, in 1946 as a division of the Bristol Aeroplane Company.

It grew a reputation for the high quality of its craftsmanship and chose to remain small and exclusive rather than expand into mass-market territory.

The firm went into administration in 2011 but was rescued by technology company Frazer Nash.

The Bullet will be the first new model from Bristol Cars since its two-seater Fighter in 2004.

MORE: Tonight’s the night! The countdown is on until Car Dealer Power 2016

MORE: Top of the class! Dealer spruces up after-school run for local lad

On SuperUnleaded.com: Cool Back To The Future Replica DeLorean Fetches Thousands, Time Travel Not Included