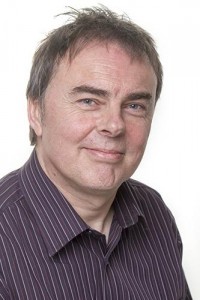 POOR performances on the pitch by England in the World Cup even seemed to infect used car buyers with the summertime blues, CAP has revealed.

The company crunched the numbers on consumer visits to its car valuation and motoring costs website during England’s short-lived campaign.

It wanted to see if England’s endeavours had any more impact on people’s plans to spend moneythan they did on Italy, Uruguay or Costa Rica’s chances of going through.

The results surprised even CAP’s analysts, when car valuation requests at cap.co.uk slumped by almost 60 per cent during England’s 2-1 defeat to Uruguay – and didn’t recover for more than 24 hours.

In contrast, the goalless – and some might say pointless – match with Costa Rica had no discernible impact at all on searches for used car prices.

CAP’s Mike Hind said: ‘We did the analysis partly for a bit of fun but also because used car dealers often complain that big international sporting events tend to bring a reduction in trade.

‘A poor showing in international sport has also been shown historically to put a dent in the losing country’s stock market in the immediate aftermath. We wondered whether there was going to be any clear impact in our own part of the economy.

‘Of course there were a lot more people glued to the first and second matches than looking at car values on the internet but the real surprise came on the morning after England v Uruguay. Fewer than half as many people as normal seemed to have any appetite for looking up car prices and motoring cost details.

‘We had to smile when we saw no change at all in website activity during or after the Costa Rica game. It was clear by then that normal life had resumed.’

The analysts were most surprised about the same reduction from Scottish users on the site.

‘We expected to see business as usual among the Scots – maybe even a small rise – when England’s World Cup hopes were dashed,’ added Hind. ‘But even motorists north of the border didn’t return in their usual numbers until the Monday morning.’

At least we had a good World Cup at Car Dealer Magazine as we recreated the famous 1966 team photos, read the story here.