Home > News > Alternators revealed as most failed car part in 2020 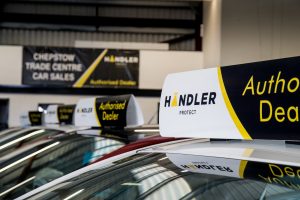 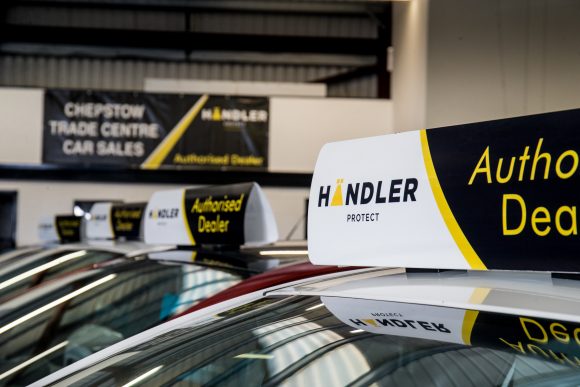 Alternators revealed as most failed car part in 2020

Warranty provider Händler Protect has revealed that alternators was the car part that failed the most – and their customers claimed the most – in 2020.

The figures, released this morning (Dec 17), show that of all the claims the company received this year, 324 alone were made for broken alternators.

Failing injectors closely followed in second on the list and water pumps weren’t far behind in third.

Thousands of claims have been made to the warranty company this year, giving them a clear picture of what items fail the most.

The data also revealed more key statistics about when these parts failed.

For alternators, the average vehicle mileage when they failed was 99,931 miles while the average age of the car was just over nine years old. 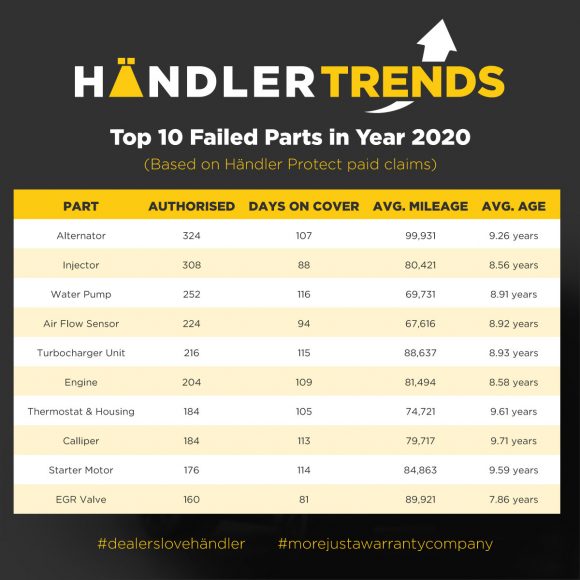 The average age of the cars which needed parts were between seven and 10 years when they faced problems.

Air flow sensors were fourth on the list, with 224 claims, but were the part to fail the soonest according to an average mileage of 67,616 miles.

However, EGR valves, which placed last in the top 10, were on average the part to fail earliest in their life aged 7.86 years.

Lloyd O’Connor, chief executive of Händler Protect, said: ‘This list of the most claimed for items we’ve seen in 2020 proves the importance of having a good warranty in place from the beginning of a customer’s ownership with a provider you can rely on to pay out when you need it.

‘All of these items would have caused major headaches for our dealers, had they not been able to contact us and organise a repair for their customer.’

He added: ‘We’re proud to have been able to support our dealers in all of these claims, keeping their customers happy and moving.’