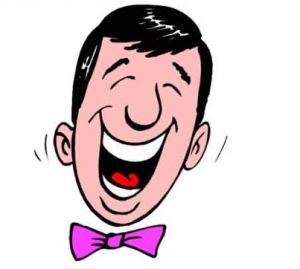 IT’S April 1… and that means gag-happy PR executives have been racking their brains to come up with the best April Fools’ Day story.

And today wasn’t short of candidates.

First up are Nissan. They announced: ‘It may be a company renowned for its innovative driver assistance systems, but now Nissan will be the first vehicle manufacturer to offer the option to switch them all off. The bold development is an attempt to help drivers improve their fitness levels, after a European study showed the region’s drivers to be among the least healthy in the world. 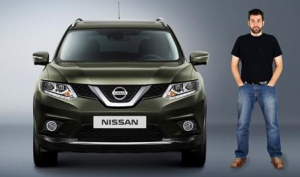 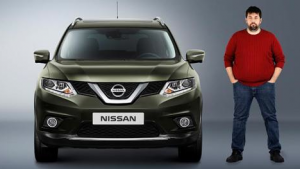 ‘The new GYM function, initially available in the class-leading Nissan X-Trail and Qashqai crossover models, turns off all of the driver assistance systems at the touch of a button, allowing commuters to get their very own workout at the wheel.

‘As well as isolating the car’s innovative systems such as Nissan’s ‘Park Assist’ self-parking system, the GYM button also turns off features that many drivers take for granted, such as power steering and electric windows. It also increases the resistance in the accelerator, brake and clutch pedals and stiffens up the gate of the gearbox, increasing the exertion required to drive. While you workout on the move, the car’s infotainment system logs the calories burned and tracks your progress via the new Gym And Go app.’

BMW weighs in with a mouthguard for motor mouths. They say: ‘Rugby stars will be chomping at the bit to get their mouth around the latest innovation in protection from BMW who has developed the ultimate rugby mouthguard which will be rolled out in the lead-up to the biggest event in rugby.

‘England rugby player, Chris Robshaw, has been key in trialing the brand new RU Series which brings BMW’s car safety technology to the rugby field – essential for someone who has made on average 18 impressive tackles a game during the RBS Six Nations. These specially-modified mouthguards are made entirely from ethylene-propylen-dien rubber, the standard protection in the door seals of all BMW models. This development uses tyre tread technology for extra grip as well as BMW’s signature “kidney grille” between the front incisors acting as an elegant respiration vent.’

They quite Dr Uwe Gotobekidin, the head of product fabrication.

Volkswagen came up with the Caddy Maxi Mini. They say: ‘Volkswagen Commercial Vehicles knows that when it comes to vans, bigger is usually better. However, with parking spaces becoming harder to find and fuel prices on the up once more, the need for an ultra-compact solution to urban deliveries is greater than ever. 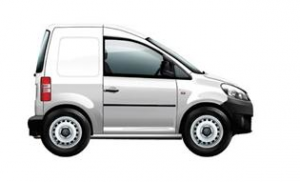 ‘Designed to cater for this exciting new market is the all-new Caddy Maxi Mini. At just 2.4 metres long, the latest addition to the Caddy range is the perfect urban van for modern businesses. Aimed at companies who want the legendary reliability and quality of a Volkswagen van, but don’t require much load space, the Caddy Maxi Mini can be parked at right angles to the kerb and has a turning circle of just four metres – a figure many bicycles struggle to match.’

They quote head of new product development Dr Avin A’laf. We like this one – actually, that vehicle could catch on…

And then Skoda came up with a car that changes colour. They say: ‘Fabia drivers who find themselves in a blue mood, pretty in pink or simply seeing red can now change the colour of their car at the touch of a button. Škoda has created the world’s first “on the move” colour-change system that allows motorists to alter the hue of individual panels via a new menu on the touchscreen infotainment system. 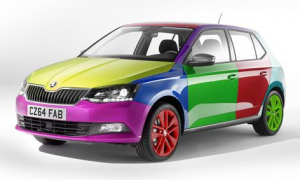 ‘To change panels, owners simply select the panel they want to change on the infotainment screen and then choose the colour from the palette. The Fabia’s advanced electronics handle the rest of the process – changing the colour immediately.’ 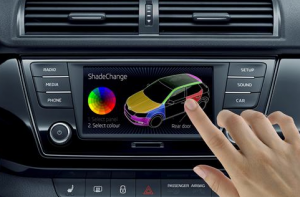 Not bad. And then there was this effort…. or this one for real?? 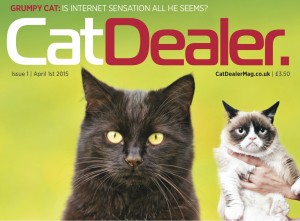