Aston Martin setting aside up to £30m to deal with Brexit as it posts £68.2m loss

LUXURY car manufacturer Aston Martin Lagonda has revealed plans to set aside up to £30 million to help it weather Brexit disruption as it posted a £68.2 million annual loss.

The maker of cars favoured by spy James Bond said its board had given the go-ahead for the fund as it steps up contingency planning for a possible no-deal Brexit.

In its first set of annual results since floating last October, the firm added it was taking action to ‘mitigate the impact on the business from potential supply chain disruption should the UK withdraw from the European Union without an agreement or in an unstructured manner’.

Shares fell nine per cent in morning trading as Aston also cautioned that underlying earnings were set to be lower in the first half of 2019. 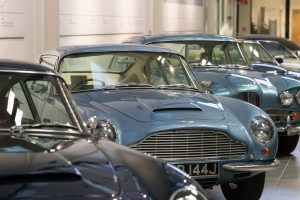 It said: ‘Since our third-quarter trading update in November 2018, geopolitical and economic uncertainties have increased.

‘In response, we have put contingency plans in place to protect production and customer deliveries should the UK leave the European Union without an agreement or in an unstructured manner.’

Aston said it had so far spent only a ‘minimal’ amount on contingency plans and had committed but not spent around £2m on revised supply chain routes.

With costs of its initial public offering stripped out, the group saw underlying operating profits rise 18 per cent to £146.9m.

He added that the group was navigating ‘uncertainties and disruption impacting the wider auto industry’.