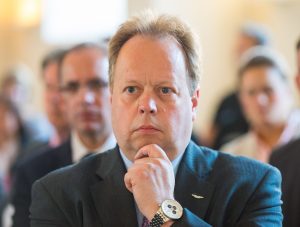 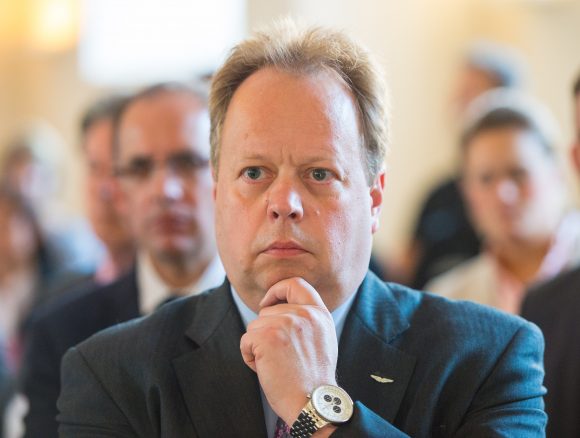 PHASE one of Aston Martin’s new manufacturing facility at St Athan in Wales is complete.

Work started in late 2016 when Aston Martin was first given access to the former MOD site.

The initial phase of works included the creation of the customer and staff reception areas, administration and management offices and the employee restaurant.

Phase two, which commenced in April 2017, will see the three super hangars redeveloped into a state-of-the-art manufacturing facility with Aston Martin’s SUV due to start production in 2019.

The new plant brings employment opportunities to South Wales with up to 750 new roles being created. A series of recruitment events held in the region has attracted more than 3,000 applications.

The first technicians have already been taken on and are working on the DB11 at the marque’s Gaydon headquarters, training for the highly-skilled roles they will take up at St Athan.

Aston Martin president and chief executive officer Andy Palmer, pictured, said: ‘The St Athan facility is really starting to take shape. With the completion of this first phase, it is another milestone on our journey in Wales, and an important part of Aston Martin’s Second Century Plan.’