Future tech: Augmented reality in cars is here – and it’s only going to get more important in the next few years

Not a day goes by without a seemingly new technology finding its way into cars.

From advanced infotainment systems through to driver assistance safety kit, our cars have never been a greater showcase for the latest technology.

But the next step that’s set to revolutionise the way we drive our cars is augmented reality, or AR as it’s more commonly known.

You’ll already find it in high-end Mercedes satellite navigation systems, as well as in some BMWs and Jaguars.

Here’s how the technology, thanks to some research by Vanarama, could be changing on the cars you’ll be selling in the future. 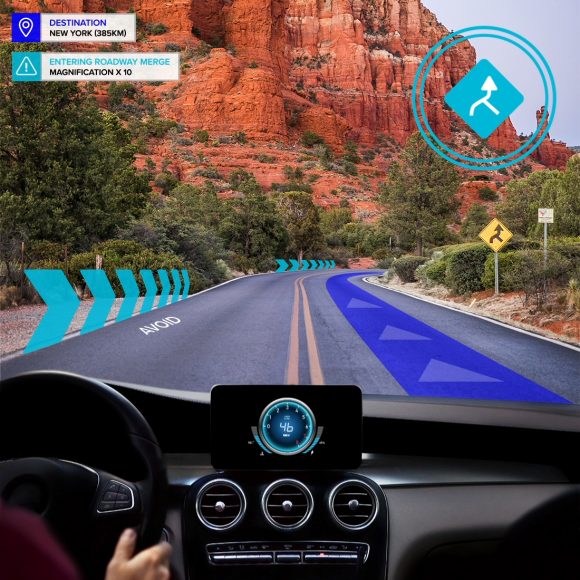 This is a type of AR you can already experience in selected Mercedes models, and it’s one that’s both cool and exceptionally useful. It can display street names, live instructions and arrows telling you where to go from the satellite navigation system and onto both the touchscreen and head-up display. It lays the arrows down on the camera system to make it impossible to miss your turn-off. 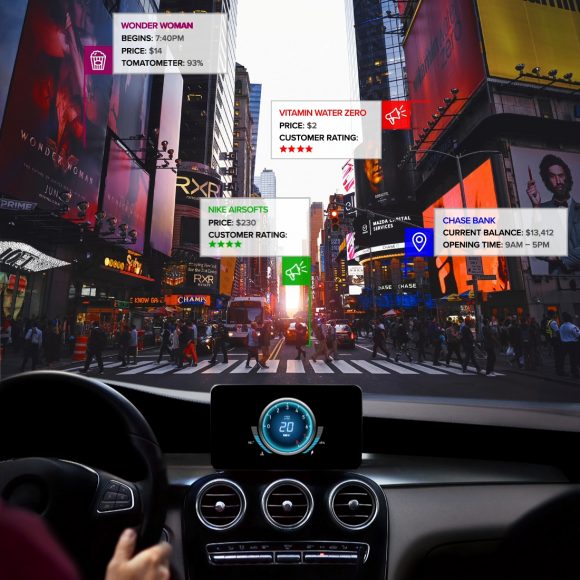 Advertising is everything in this world, and whether it’s TV or social media, you can’t escape it. And according to Bloomberg, it could soon be interweaved into our cars too.

Through the windscreen, it could create digital advertisements just from the shops you drive past and simultaneously promote them, as shown above. This is something you’ll already find in certain cars – including Audis – which can help you find car parks with available spaces and check the pricing of parking before you get there.

But the next step could be integrating 5G technology into vehicles that can detect the empty spaces within car parks.

Just think how useful that could be? As the image shows, it could direct you to the vacant space, while also usefully telling you how expensive it is to park there as well. 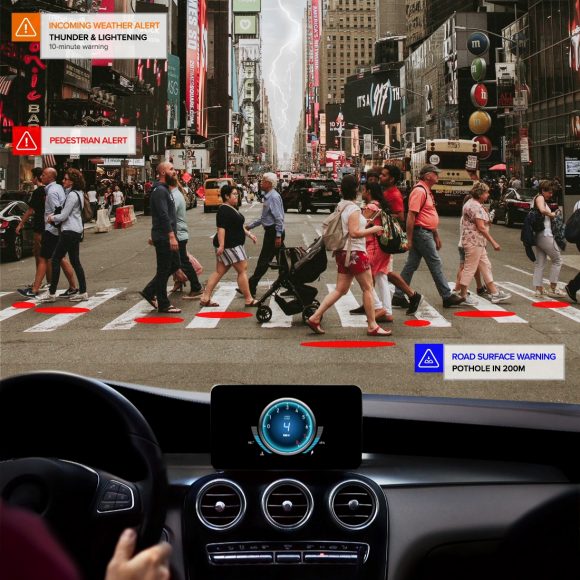 Love it or hate it, self-driving cars are on the way. Just when, no one seems to know. However, before that time, AR is set to be play a big part in road safety.

Various models – including high-end Peugeots and Mazdas – already offer a degree of AR through their head-up displays, but the next stage could be much more advanced.

From vividly explaining obstacles and hazards approaching well before you’d usually spot them, AR could be a gamechanger on the safety front. The graphics also show that weather warnings could be projected onto the windscreen, along with telling you that a pothole is ahead.

Will car dealers be open soon? As the motor trade gears up for June 1 we look at whether it’ll happen or not

Will car dealers be open soon? As the motor trade gears up for June 1 we look at whether it'll happen or not