Home > News > Avensis is going – but Camry is returning to the UK, says Toyota 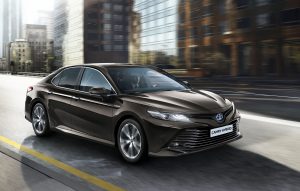 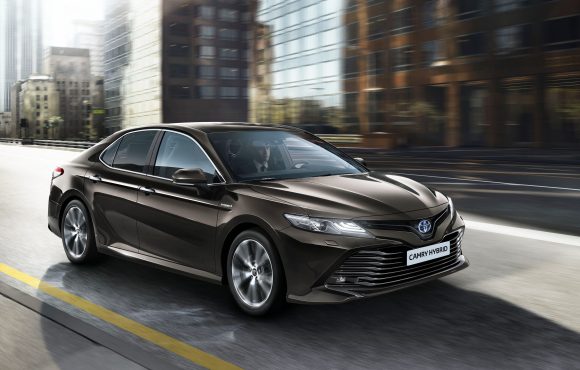 Avensis is going – but Camry is returning to the UK, says Toyota

TOYOTA has confirmed that the Avensis saloon is to be dropped from its model line-up because of slow sales.

But car buyers who crave a large, Japanese family saloon need not worry – the brand has just confirmed that the Camry will return to the UK to fill the gap.

The Camry is immensely popular in the United States, and holds the distinction of the world’s best-selling saloon.

It was previously on sale in the UK from 1983 until 2004, where it sat above the smaller Avensis in the brand’s line-up.

The latest Camry is still larger than the Avensis it replaces, but it’s based on Toyota’s latest scalable platform – which underpins the new Auris, as well as the Prius and C-HR. It will also underpin the upcoming Lexus UX SUV and ES saloon.

Toyota has promised to tune the ride and handling of the Camry specifically for European tastes – so expect a slightly firmer ride and sharper handling than the US models.

The underpinning platform gives the Camry access to the brand’s hybrid powertrains – in this case, it will be a 2.5-litre naturally-aspirated petrol engine mated with an electric motor. It’s likely to be the sole powertrain option for the Camry, leaving it a rival to cars such as the Ford Mondeo Hybrid and VW Passat GTE – though both of those cars also offer diesel engines.

The Camry won’t be a plug-in hybrid, either – there will be no option for extended all-electric running as in rivals such as the Kia Optima PHEV or the aforementioned Passat.

Despite being British-built, the outgoing Avensis is a poor seller for the brand. Just 3,473 examples sold in the UK in 2017. Toyota is hoping that the larger and more luxurious Camry, which is built at the brand’s plant in Kentucky, will appeal to fleet markets, and perform rather better.

However, the loss of Avensis production won’t affect employment at the UK facility in Burnaston, Derbyshire. A spokesperson told us: ‘At the Geneva Motor Show earlier this year we revealed the new Toyota Auris [also sold as the Corolla] and announced Burnaston as the production location for this model.

‘It was well received by the media and the public and is expected to sell well. We are now preparing for the introduction of this third generation Auris and is recruiting new team members.’

MORE: Motor fans to get glimpse of new Ford GT as tour begins