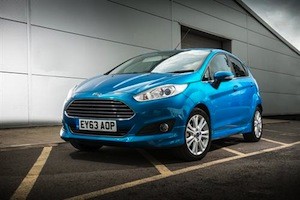 NEW car sales are at their highest level for five years, shouted the BBC News website in October, reporting on the SMMT’s all-important 63-reg September registrations which had broken records. Again.

Take a look in our latest magazine and you’ll see that we’re carrying another report on the SMMT’s monthly registration figures, this time for November, showing yet another rise. Okay, it’s not increasing at quite the same meteoric rate but still more new cars are apparently finding buyers.

The SMMT is so confident about the new car market that it’s even raised its forecast for sales in 2013 from 2.22m units to 2.25m. That’s back to the heady days pre-recession. If all is to be believed, we’ve now seen 20 months of continued rises in registrations. Twenty months!

Apparently, according to the SMMT’s chief executive, Mike Hawes, it’s PPI payments bolstering buyers’ bank balances and ‘robust private demand’ that is making sales surge. But is it? Is it really, Mike?

If that’s true, and the figures stack up, why is the SMMT so secretive about the numbers? Why, despite me asking the same question four times, has the SMMT refused to give me an answer?

I wasn’t asking for the meaning of life, or why Vauxhall hasn’t made a car worth buying for years (no one, quite honestly, knows the answer to either). No, what I was asking was a simple question about registrations: What day of the month do the most cars get registered on? Simple query – but one to which I was flatly refused an answer.

I know car manufacturers already get this detail – because I’ve seen it. Car firm bosses are given daily reports on registrations by the SMMT, charting sales of every manufacturer. The detail is out there – so why the secrecy?

‘I am afraid we’re not able to help – we only publish registration figures at the end of every month,’ said an SMMT spokesman. Okay, so why is that?

‘It’s just the way our members like us to operate,’ said the email reply.

What is there to hide? Why would the SMMT keep this information secret from the wider public? Could it be that, perhaps, a huge amount of the month’s registrations appear on the last day? And could that be because manufacturers are forcing volume into the market, coercing dealers into registering cars with big discounts – something more commonly known as pre-registrations?

We all know pre-reg is happening – and happening in a big way. I’ve spoken to a number of dealers who’ve told me so and even been present in their offices when a big manufacturer rep calls offering them a boatload of cars with £5k off if they’re registered within the next five hours. I’ve spoken to sales directors, too, who’ve told me it’s going on – and more manufacturers are guilty of it than would ever admit.

So what’s the big deal? Why does it matter that pre- registrations are taking place and on such a large scale? Well, because like crystal meth, it’s a drug that’s highly addictive, has only short-term gains but lots and lots of long-term pain.

‘Once you get in the cycle of pre-registering cars to hit targets it’s an ever-decreasing circle,’ one dealer principal told me. ‘You register a load to hit your target, then you’ve got to sell them quickly the next month to catch up. It’s hard to sell a new car when the buyer can see you’ve got exactly the same one with 10 miles on the clock on the forecourt at a £5k discount. So he buys that one, you miss a new car sale and at the end of the quarter you need to do it all over again. It’s madness.’

How dealers and manufacturers choose to do business shouldn’t be anyone’s concern other than their own. Unless – and this is the case here – it’s misleading the public. While the motoring press might have an idea of what’s going on, the mainstream media certainly don’t.

The Daily Mail reporter or the junior from the BBC trots out the corporate line from the SMMT, one that doesn’t reflect the true facts or what’s really going on, and where do you think the monetary policy-makers, the government, and the economists get their information?

If they’re not in receipt of the whole facts, if they think the car market is booming when in fact it’s simply plodding along nicely, doesn’t that give people a false sense of economic recovery? I think it does and I think the SMMT should come clean.

‘Others have asked the same underlying questions as you of late – all have had the same reply,’ said the SMMT communications chief.

So it’s not just me that’s starting to wonder what’s really going on. I think it’s time they came clean – don’t you?