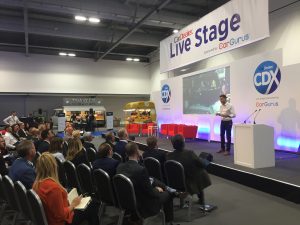 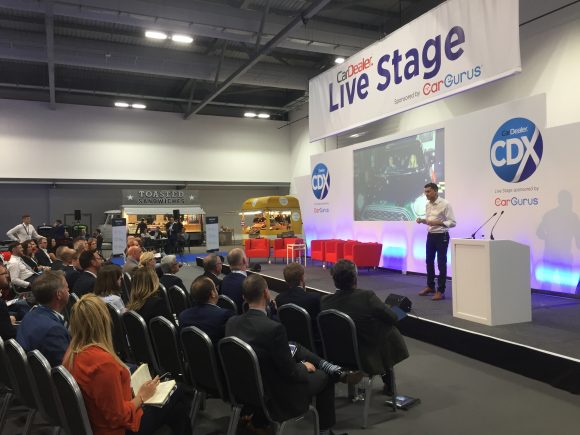 Customers expect more, so simply be nice to them, CDX audience told

COMPANIES such as Apple, Amazon and Argos have led to customers expecting more from their online shopping experiences.

That was the message from Adam Mepham, sales director of Barclays Partner Finance, to his audience at the CDX Live Stage today, pictured above.

As one of the event’s headline partners, Barclays Partner Finance published a White Paper containing fascinating industry insight and information for delegates to digest. The research can be downloaded in full here.

But despite all the advances in technology, the development of websites and the growth of social media, Mepham said that quite often deals were done simply because dealers were nice to their customers.

He emphasised the fact by explaining that he and his wife had each bought a car recently. His experience buying an Audi A8 – to coincide with his appointment to his new job at Barclays! – had been exemplary; his wife’s not so good.

The clear differentiator, Mepham said, was that the Audi salesman had obviously been told: ‘If you get an inquiry, it has cost us this much to get that inquiry, so make sure you love the customer to death. Just be nice to them and really helpful.’

The White Paper also highlighted the ‘revolution’ in customer attitudes to ownership, saying: ‘Today’s consumers are far more willing to rent or lease a product (or service) than physically own it.’

It cited – at extreme ends of the trend – music and housing, with people streaming music and the number of private renters doubling in the past 20 years. ‘Whether born of necessity or choice, it’s expected that similar trends will occur amongst the car-buying public,’ said Barclays Partner Finance in its paper.

And Barclays stressed: ‘Car buyers expect their finance applications to be handled as transparently and seamlessly as every other aspect of the buying and decision-making process.

‘Those dealerships that fully embrace and evolve emerging technologies will stand out and create unforgettable brand experiences that encourage customers to return for the latest system upgrade or their next car – whether that’s just regular access to it or as an outright purchase.’