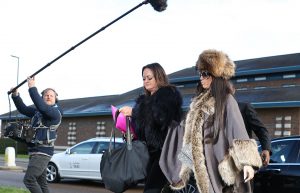 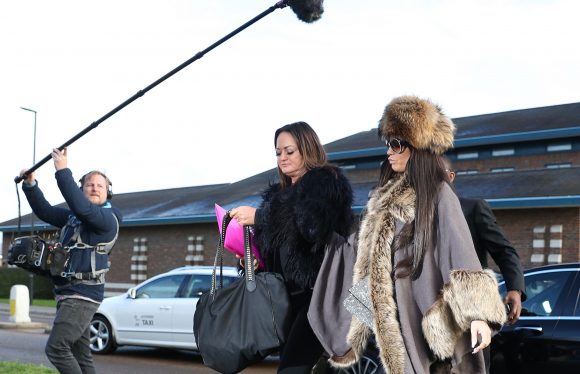 GLAMOUR model Katie Price’s pink Barbie car has now been removed from eBay after the dealership selling it was overwhelmed by calls and messages.

The auction had reached more than £66,000 in bids in less than 48 hours listed on the website.

The 2001 Suzuki Vitara had been listed for sale online through car dealer CMW Suzuki in Haywards Heath, for the celebrity and had already attracted more than 200 bids from 69 bidders.

A source from the dealership told The Mirror: ‘We had to remove it because of all the calls and messages we had been getting. It’s still not sold.’

The TV star, pictured arriving at court above, started bidding on her customised Vitara at £500 on Tuesday after she was banned from driving for a second time last week.

The listing on eBay’s website described the car as a ‘well known’ Suzuki Vitara, which has ‘undergone a extensive exterior re-wrap inc lowered suspension wheel arch kit and wide wheels and tyres’.

The description adds: ‘The soft top requires replacement and the MOT has expired, the owner has requested to sell the car with no reserve….’

Price, 40, shared pictures of the car on Instagram, writing: ‘Soo now I’m banned from driving the cars are going this one is on eBay 254073076749 when I get my license [sic] back new car fresh start.’

She also offered to sign the car and take photos with the buyer, adding: ‘Don’t forget I’m selling my pink jeep now I’m banned from driving on Ebay 254073076749 also I’ll meet you sign car and do picture too. So sad love my car.’

Price was initially banned from driving for six months on February 9, 2018 for speeding but claimed she thought she was banned in January and that it had expired. However, she hadn’t been in touch with the DVLA to get her licence back.

On July 25, 2018 she was spotted driving on the A24 in West Sussex. She phoned police, who confirmed she was banned after a newspaper informed her of the breach and she also posted about it on Instagram.

Price was subsequently disqualified from driving on January 9, 2019, for another three months and fined £1,100 for driving while disqualified and uninsured. She was also ordered to pay costs of £195 and given 14 days to pay. She told Crawley Magistrates’ Court at the time that she was unable to pay the fine immediately.

Price is due back in court next month to stand trial after denying she was almost twice the legal alcohol limit while legally in charge of a pink Range Rover in Woolwich in October 2018.