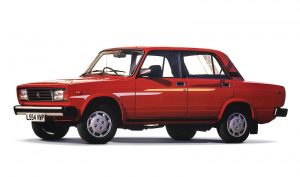 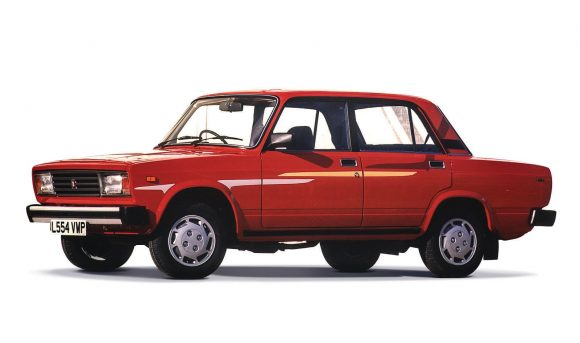 Big Mike: Why the car industry needs another brand like Lada

A COUPLE of weeks ago, I had a fabulous trip down memory lane courtesy of an old mate of mine  in the trade who’d taken an ancient Lada Riva in  part-exchange.

Back in the late-Eighties, the dealership I was working at (a Citroen main agent) took on Lada as a bolt-on franchise much to the horror of its sales staff, of which I was one of the senior managers.

Citroens were a tough enough sell back then, thanks to their weird suspension and crazy cabin ergonomics, but they had an enthusiastic following from repeat customers and were often incentivised by the manufacturer to make them stand out in terms of value for money, so despite the challenges, we did okay.

Plus, the old BX was a bloody good car if you gave it half a chance.

Lada, on the other hand, appeared to have no redeeming features.

A shonkily built 1960s Fiat made out of cheap Russian steel was not a desirable car. Indeed, the bus was a preferable mode of transport, not least because you didn’t need the muscles of a Russian shotputter to travel on it. Anyone who has ever tried squeezing a Lada into an on-street parking space will testify to this – if the size of their shoulders and biceps doesn’t already give the game away.

Indeed, I put Russia’s success in Olympic weightlifting events not down to illegal steroids so much as the fact the entire team drove Lada Rivas, but that didn’t stop the IOC giving them a ban.

Anyway, I was totally and utterly wrong. The day the signs went up outside our dealership, customers came flocking to us from nowhere, all desperate to get their hands on Togliatti’s finest driving machine. It seemed that the £3,290 asking price for a brand-new car was enough to tempt people into giving up such luxuries as comfort, a radio and any semblance of driving dynamics to instead enjoy the benefits of a three-year warranty and styling that resembled brutalist communist architecture.

By the end of my first quarter of flogging Ladas, I’d grown to love them. The buyers were straightforward and usually very pleasant, often older and not at all versed in the art of haggling, and there were no hours spent on the phone to finance houses (we had no internet back then) trying to get them a deal.

Lada buyers were often pretty wealthy – the type that look after the pennies so the pounds look after themselves – so cash swapped hands and a fair chunk of it went straight in my pocket. They were happy days.

Right for its time

Of course, all good things come to an end, and by the mid-Nineties Lada was in trouble. It had singularly not bothered to update its model range when the rest of the car market was advancing apace, and those who got Silas Marner to do their accounts were spending their Scrooge-like wealth elsewhere, on a half-decent Proton or more-than-passable Skoda Favorit rather than an outdated communist minicab.

But while the sun shone, we were making plenty of hay and the Lada was absolutely right for its time.

So when my dealer mate, who was once a young salesman working for me on the Lada account, took a battered  old Riva in part-ex from an elderly gent, he brought it straight round to show me and we drove off into the Warwickshire countryside for a lunchtime pie and a pint.

It was, of course, as bad as I remembered. On greasy autumn roads, the handling was all over the place, the gearshift was agricultural and the steering did little more than vaguely point the car in the direction you wanted to go – and even then only when it was ready. It was truly awful. However, the nostalgia for Ladas is obviously out there, as he flogged it on eBay the following week for a tenner short of two grand. That wasn’t much less than it cost when new.

I like to think the buyer was a dewy-eyed ex-Lada dealer from the Eighties who wanted it as a memento of how he made his millions, for if we’d boarded the Lada bus a bit sooner, I dare say we’d have made a lot more cash than we did out of the Russian relic.

Indeed, what the car industry needs right now is another Lada. The current crop of ‘budget’ cars are good. Really good, in fact, and that means most people buy them on PCP and get sucked into the new-car-for-life mentality that is slowly eating away at Britain’s backstreet used car economy.

If we could bring back Lada and spectacularly lower customers’ expectations of a good-value  new car, then a lot fewer independent dealers would currently have their backs  to the wall.

MORE: Save the date and get your free ticket for CDX on April 28!

MORE: Will Cazoo learn the painful lessons that killed off Tesco Cars?