Home > Big Mike > Big Mike: My lie of 40 years ago became an expensive (but worthwhile) truth 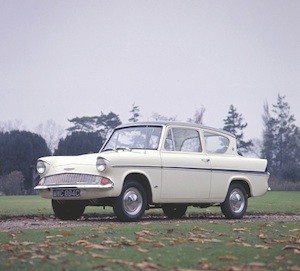 Big Mike: My lie of 40 years ago became an expensive (but worthwhile) truth

NOTHING makes you feel your age more than having middle-aged children, so it was with a small amount of trepidation that the memsahib and I celebrated our eldest son’s 40th birthday at the weekend.

We celebrated our ruby anniversary by doing the only thing possible to mark the occasion – by going out for a ruby murray. I’m not entirely sure if Mrs Mike saw the romance in such an occasion, but for a died-in-the-wool Midlander like me, nothing beats a chicken jalfrezi and a side order of garlic bhaji (albeit the latter is the ultimate passion killer but then again, at my age…).

At this stage, you’re probably wondering why I’m taking you on a random trip down memory lane. Well, there are two reasons. One is because I’m a slightly puddled old git and you should be grateful that I didn’t begin this column with ‘During the war…’, and the second is that it got me thinking of one of my earliest and most embarrassing car- related stories.

I’d met my future first wife (I call her that to keep her on her toes) a few weeks earlier in the Bat and Barrel. She was working for a local estate agent and wooed me in the way that young female estate agents do — by having marvellous legs and wearing a miniskirt that would perhaps have better served as a scarf. We were introduced by a mutual friend and after spending that week’s commission plying her with Gordon’s and tonic, we agreed to meet up in the centre of Birmingham the following Saturday. At the time, I was a junior salesman for a local and slightly rogueish used car dealership, and my daily transport, then as it is now, was whatever unsaleable rubbish we’d taken in part-ex that still had a valid MoT and tax disc.

At that time I was driving something particularly vile — a 1960 Ford Anglia with two holes in the exhaust silencer as the previous owner thought it made it sound sporty. It was hand-painted in left-over military green paint from World War Two. Luckily, the paint was so thick it helped the filler to cling valiantly to the sills, though the floors were so frilly that any puddle meant wet feet. Still, I was 20, and it was wheels.

Our first date was in an upmarket establishment that served chicken without a basket and had pioneered Birmingham’s first prawn cocktails. The future Mrs M was treated to two courses and we guzzled our way through two bottles of Pinot Grigio, as these were the days when most people driving home on a Saturday night were half-pissed. I’m not sanctioning it, just saying it was the way of the day.

Suitably woozy, we staggered out into the cool night air and I began a rather awkward battle in mu mind. Should I offer her a lift home in the hope it might lead to being invited in for coffee, or even the possibility of a quick stop-off in a layby on the way home, or should I hope to goodness that wouldn’t happen until the next date, when hopefully my old man would lend me the keys to his rather more upmarket Rover P5.

Thinking more with my anatomy than my brain, I went ahead and offered her the lift. Her response was a combination of relief and disappointment to me – she’d driven into town in her own car, so while she appreciated my offer she would be perfectly fine if I walked her back to the car park. As we strolled back through row upon row of Austins, Morrises and tired-looking Fords, my eye was captured by a rather more appealing sight, a stunning Jaguar E-Type Coupe in British Racing Green, gleaming away under the orange glow of a streetlamp.

I asked the good lady where her car was parked, and when she indicated towards the back row of the car park, just down from the Jaguar, I hit upon a wildly sneaky idea that I hoped would up my ratings in the sex appeal stakes.

‘Oh, it’s right by mine,’ I said warmly. ‘I’ll show it to you on the way past.’ A couple of moments later, we were alongside the shiny E-Type. ‘So, er, this is me…’ I winked, leaning casually on the big cat’s curvaceous rump. ‘She cost me a few quid, but I tell you, she’s a lovely motor…’

The future Mrs M looked perplexed. Maybe it was my lack of outward fashion sense or broad Brummie accent that meant she couldn’t make the association between me (in my own eyes, a lean and dapper young mule) and the E-Type. But no, it was worse… she reached into her handbag, withdrew her car keys and walked to the door of the Jag and fired her up, scorching the back of my drainpipe trousers with the E-Type’s quad exhaust.

Amazingly, she did want to meet up for a second date, and after 40 years my lie has turned itself into

truth. Yep, she sure cost me a few quid….