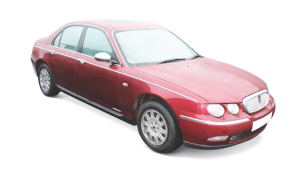 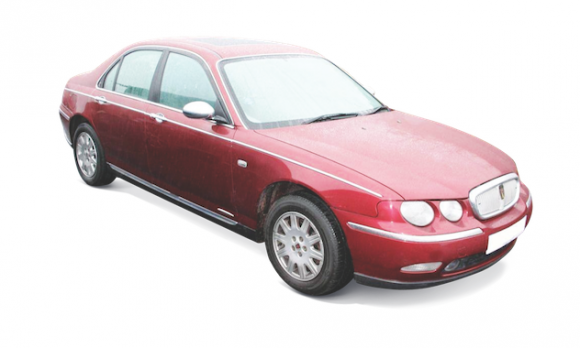 Big Mike: Was old Jack hearing things? A drive round the block revealed all

WHEN you’ve worked in the motor trade for as long as I have, you’ll have met quite a few characters along the way. Some good, some bad, some plain hilarious…

I was reminded of this the other day when I had a bitter-sweet phone call from a family I’ve dealt with for many years. The elder statesman of the family, Jack, had sadly passed away at the ripe old age of 90, and could I help them out by disposing of his cherished Rover 75 – a car I had sold him as his 80th birthday present to himself over a decade, and just 3,500 miles, ago?

The car, as you’d expect, was lovely. A top-spec V6 Connoisseur model in shiny metallic red, with a total mileage of less than 40,000 from new. It was so lovely, in fact, that I’ve just transferred the V5 into my name and invested a little bit of time and effort in changing its 14-year-old cambelts, which isn’t the easiest of jobs on the Rover KV6 – but as per my rant in last month’s Big Mike, now that I can’t keep a car ‘in trade’ with a valid tax disc I may as well run one of my own.

Anyway, driving the car home, I recalled with affection when I first sold it to Jack. The transaction wasn’t the easiest. Over the years, the old boy’s hearing had deteriorated, so discussing the finer details was a little difficult. I remember it well, funnily enough, as the car he traded in for the 75 was the most immaculate Austin Maestro I’d seen in years.

But I digress. Having conducted most of the transaction using a combination of ballpoint pen, a large notepad with large writing (old Jack’s eyes weren’t much better than his ears) and a rather convoluted variant of street mime, a pile of dusty banknotes changed hands, some of which were the old, larger type and needed to be exchanged at a high-street bank, as Jack had no doubt spent the best part of the past 50 years stuffing them into a secret hidey-hole.

Jack drove off into the sunset seemingly happy. Like I say, he was a lovely bloke, and definitely not the kind to complain willy-nilly, so it came as a bit of a surprise to me a couple of weeks later when he came back to the forecourt in the 75, complaining that the brakes were ‘making a hell of a racket’ and that there was clearly something wrong. Truth be told, I was almost scared to drive the car and check, because if it was a ‘hell of a racket’ for Jack, then chances are it was a health-endangering noise level to you or me.

With some trepidation, I ventured out on to the road, and after a couple of miles was utterly flummoxed. Either the noise had cleared up of its own volition or something else was going wrong. Then I twigged…

My conversation with Jack when he brought the car back had been easy to conduct. No mime. No paper. No huge writing required.

So I drove back to the lot and asked Jack if he’d jump in the car with me and tell me when it was making a racket, as I simply couldn’t hear it myself.

In he got, and as we approached the roundabout at the end of our road I could just about hear it – a faint but very definite screeching noise coming from the left of the car.

Jack grimaced in what appeared to be almost pain.

‘There,’ he said. ‘It sounds like a bloody plane taking off. Can you not hear that, laddie?’

We carried on for a couple more miles. Every time I applied the brakes the whistle was there and Jack started to flap his arms around. The harder I braked, the more acute the noise became, until Jack asked me to stop and pull over because he could bear it no longer.

As we pulled up by the side of the road (I braked very gently), I asked Jack if he could move his left hand towards and away from his left ear, where he was proudly sporting a new hearing aid. As I suspected, with each movement the whistling noise began – not as loud as when the Rover was braking, but loud enough to be audible from the other side of the car. As the laws of physics took command of Jack’s head and it moved forwards as the car decelerated, it would cause his hearing aid to whistle loudly as he had it turned up to such a high volume. I politely suggested he might want to turn it down a few notches whilst driving…

Jack, once again, grimaced – but only for a couple of seconds before breaking into one of the longest, and loveliest, fits of laughter I’ve ever witnessed. It was, quite literally, a belly laugh so infectious that we couldn’t drive back to base for a whole five minutes as we were both gasping for breath and mopping up tears.

One of the nicest moments of my career, and one I’m reminded of now every time I get behind the wheel of my own car.