Home > Blog > Blog: The tricks of the trade in advertising 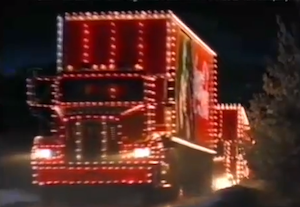 Blog: The tricks of the trade in advertising

LAST night, I decided to spend the evening in front of the television, but I never imagined that the first advert I would see would be the iconic Coca Cola Christmas truck commercial.

In fact, all the big brands including Marks & Spencer, John Lewis and Debenhams have released their festive marketing messages – but what makes their adverts the ‘must see’ of the season and how can the motor trade follow suit?

Looking at the Car Dealer Forum this week, dealers have been asking the same questions. Independent dealer, Umesh Samani, pointed out how long each advertisement is while Jim Reid of Jim Reid Vehicles in Scotland also asked the crucial question – what return do they make on investment?

The majority of these adverts are completely off subject and contain no obvious brand awareness, which is what you’d usually expect to see. However, as a forum user pointed out, the trick in these lengthy pieces is to get viewers to realise it’s an advert from their company before they have to tell us.

If this works on television, surely the same concept could work online? If dealers and motor groups were to produce unique online adverts and push them forward on social media channels such as Twitter and Facebook, would they receive more recognition just for coming up with a fun and creative video that people would spend the time to watch?

Do you remember the Honda Accord advert called The Cog? The two-minute long video which saw us happily sit, completely hooked on a close-to-silent screen mesmerised by body parts and engine components from the new Accord cleverly making their way across the screen to eventually reveal the final product.

I remember hundreds of people talking about this, even people with absolutely no interest in cars or the brand. And for that very reason, Honda will always be labelled as the masters at producing engaging footage for everyone to enjoy.

The evidence actually suggests that buyers still haven’t moved on from the old-fashioned ‘seen on the telly’ excuse – we still watch adverts and buy products, visit locations or work with companies, simply because we liked the advert.

Perhaps then, the trick to grabbing buyers’ attention lies in earning their interest a little more subtly – get your potential customers to know the product, before they know you.