BMW’s iDrive has set one of the highest standards when it comes to in-car technology for many years and now it has revealed the latest generation.

When it comes to usability, speed and accuracy for both voice and hand controls it’s been credited by many as one of the best on the market.

The announcement was made last night (Mar 15) as the new iDrive setup will soon feature for the first time in the firm’s upcoming electric iX and i4 models.

This new system incorporates a ‘new generation of displays, controls and software’ alongside a greater emphasis on voice and touch controls.

A new BMW curved display forms the main point of interaction between driver and system, while upgraded software will allow for quicker loading times and a greater range of over-the-air updates. 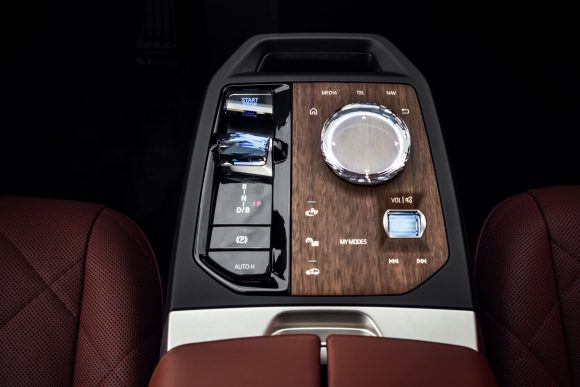 It’s the first BMW to accept 5G networks, too, which helps to speed up these updates, while the system also incorporates a range of digital services that will allow users to see information about satellite navigation, parking and charging in real-time.

In the iX, the setup combines a 12.3-inch information display with a 14.9-inch control display to create one widescreen single unit.

The number of buttons and dials accompanying these screens has been reduced by almost half compared with cars featuring the previous-generation system, though the iDrive controller has been retained as a central control element on the centre console.

Capacitive controls have also been placed on the iX’s steering wheel, while a new slider gear selector has been fitted in the place of a conventional gear lever.

The eighth-generation system follows on from a long history of BMW infotainment set-ups which was kick-started 20 years ago in the 7 Series. At that time, it broke the mould for in-car accessibility, with its rotary controller and detailed menus setting the tone for many future models.

We’ll get our first look at the new system in action when the iX is unveiled later this year.