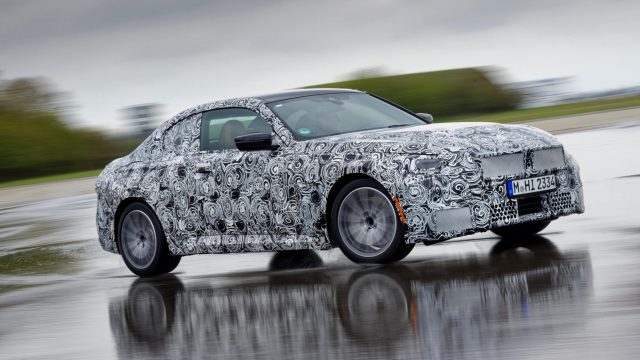 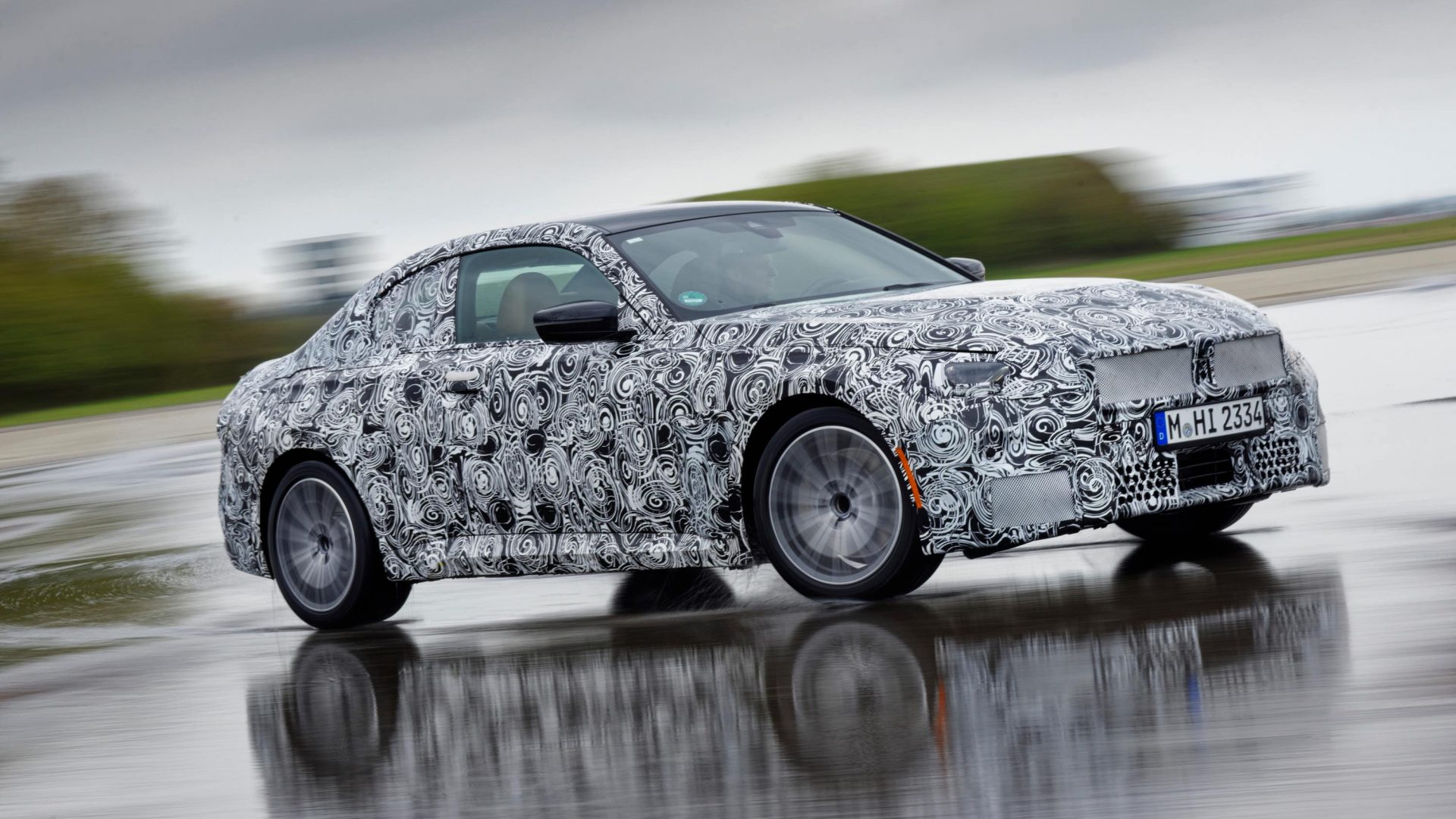 BMW has released teasing new images of the latest 2 Series being put through its paces ahead of its summer release.

The heavily camouflaged shots don’t give too much away but show the coupe going through its final dynamic trials.

The car appears larger than the previous model and features a striking front-end design with large versions of the firm’s famous kidney grilles – similar to the existing 1 Series.

The two-door is expected to be released with rear-wheel drive, although xDrive versions will bring added traction through all-wheel-drive.

BMW is promising the 2 Series will offer a sportier drive than its predecessor thanks to ‘fascinating cornering dynamics, optimised traction in all weather and road conditions and perfectly balanced ride comfort’, says the company. 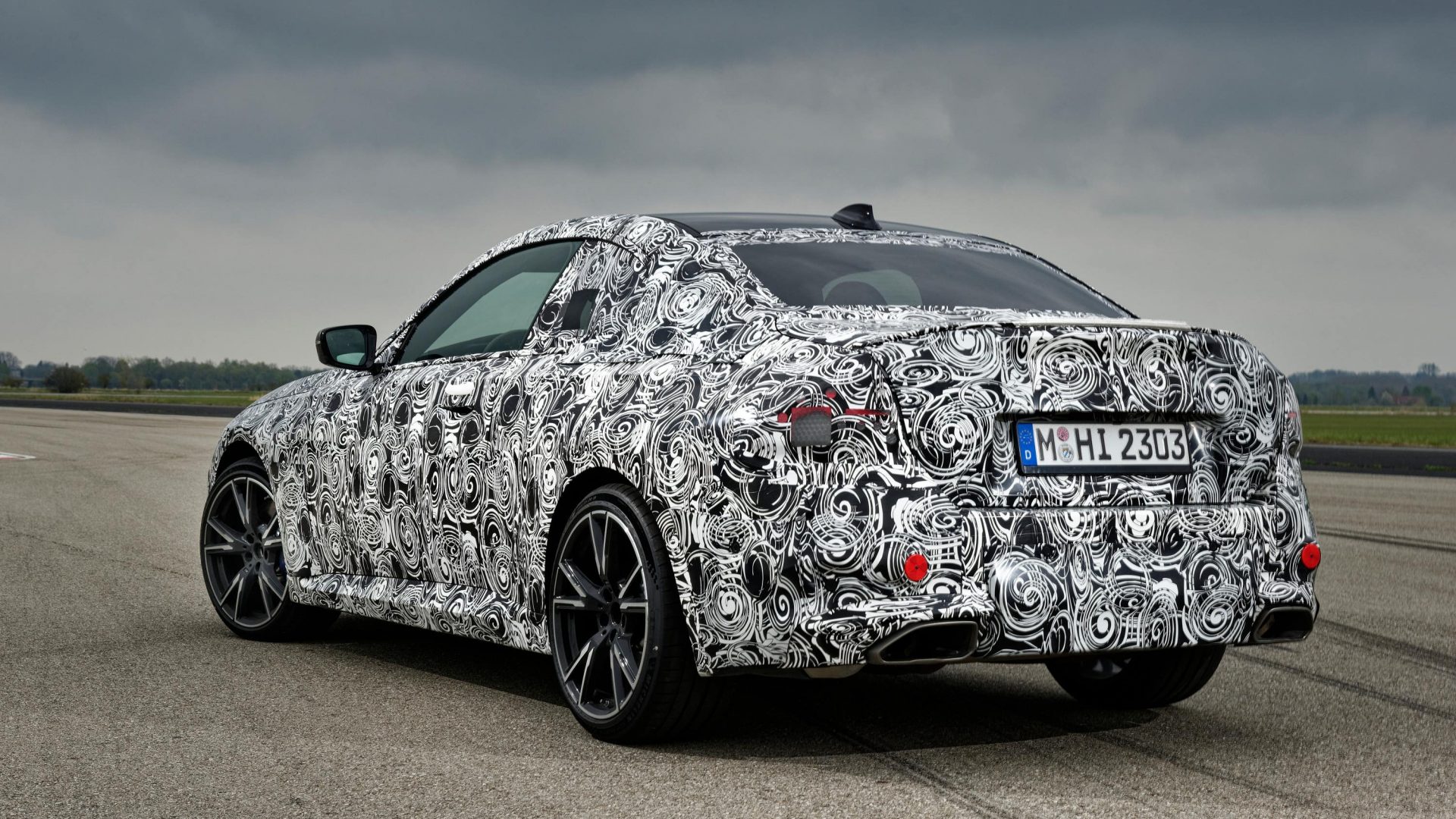 The top-of-the-line M240i xDrive model is likely to get a significant boost under the bonnet thanks to a six-cylinder petrol engine which will deliver 369bhp, 34 more than the car it replaces.

In addition, no manual version is set to be offered, with an eight-speed automatic the sole transmission option.

Below that, a range of traditional petrol and diesel engines will offer an alternative to the more performance-orientated model.

It is anticipated 2 Series will be revealed in full this July, with first deliveries expected before the year is out.