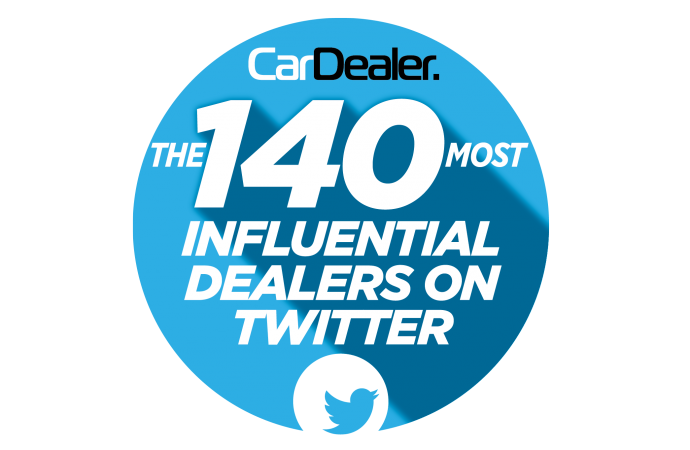 THE winners of Car Dealer Magazine’s acclaimed Top 140 Most Influential Dealers on Twitter awards have been announced at CDX16.

Now in its fourth consecutive year, the Top 140 list – compiled by the Car Dealer team – has been building momentum ever since its launch in 2013.

With competition stronger than ever, we’ve analysed dealer influence across the social media giant by monitoring daily interaction across the network, watching as dealers’ Klout scores fluctuated.

This year, the Klout scores have been closer than ever before. All 200 dealers on our list were invited to the exclusive session at CDX16, where Lucy McHenry, head of agency sales at Twitter, took to the stage to help us reveal the final 140 and our six winners.

Last year it was Prestige Diesels & Sports Limited that claimed the top spot and, in an impressive display of resilience, the small dealership has again taken home the overall prize, alongside the title of Most Influential Independent Dealer 2016.

The Portsmouth-based dealership boasted a Klout score of 75, up a point on last year’s score. An impressive margin of three Klout points was seen between Prestige Diesels and runner-up Imperial Car Sales, which climbed four points and one place since the 2015 list.

Third place went to Romans Cars, which also scooped the awards of Best Follower Ratio and Highest Climber – an impressive feat by a dealership that didn’t even make it on to last year’s list.