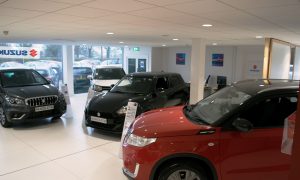 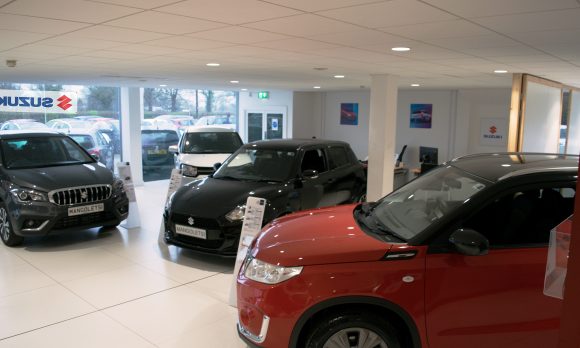 Car dealers have reacted to the government’s announcement that the two-metre social distancing rule will be cut one-metre from next week.

Since reopening on June 1, showrooms in England have had to install a raft of health and safety measures to adhere to government guidelines, and in particular adopting a two-metre distance between customers and staff at all times.

Other measures have included sneeze screens, appointment-based sales, markings on floors, the provision of masks and hand sanitisers and cars being cleaned after every customer contact.

Fewer staff members in showrooms have been a natural consequence of the business having to rely on the government’s furlough scheme, too.

But from July 4, the two-metre rule will be cut to one metre to help firms welcome more customers in and boost business.

Announcing the measure, the prime minister said: ‘Given the significant fall in the prevalence of the virus we can change the two-metre social distancing rule from July 4.

‘Where it is possible to keep two metres apart, people should.

Cutting the two-metre rule to one-metre will allow Robin Luscombe of Luscombe’s to bring back more staff, he told Car Dealer Magazine.

He said: ‘We have all the tech staff back bar one now, so it means we could bring him back. Other than that, we are managing, and it’s amazing how much extra work fewer people can generate – but that’s only in the short term.

‘The one-metre rule will only affect my decisions on showroom staff if we see an increase in showroom visits or sales enquiries that we can’t handle or I want some time off, as I am acting as an extra salesman!’

Speaking on Car Dealer Live at lunchtime today, Roberts said: ‘We’ve put such an enormous effort into reducing the number of cars in our showrooms, creating one-way systems, marking the floors and windows and putting masks and hand sanitiser at the entrances and exits, we should carry on with that and not reduce it to one-metre.

‘I understand it’s incredibly difficult for a pub to adhere to a two-metre rules, but for 400m-sq showrooms, we can easily stick to two-metres and reduce customer anxiety.’

When the one metre announcement was rumoured at the weekend, Car Dealer spoke to dealers about whether it would allow them to carry out accompanied test drives again.

However, dealers we spoke to said that even if the changes technically make a difference they were still worried about the health and safety of staff.

Sean Kelly, managing director of Vines BMW, told Car Dealer: ‘I think this would make it feasible, but not yet advisable.

‘There are still more than 1,000 new daily cases in the UK, so being in a tight enclosed space with another person cannot be in the best interests of our staff or customers at this point in the reopening of the economy.’

He said: ‘To me, regardless of the government changing to a one-metre rule, I feel there is still a possibility of the virus out there and will continue with unaccompanied test drives for the foreseeable future – customers love it, as it builds trust.’