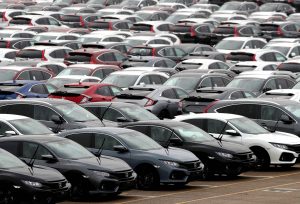 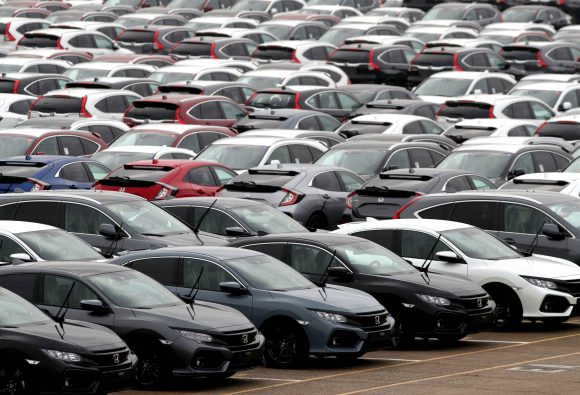 Car manufacturers are ‘unfairly’ applying pressure to dealers to reopen in light of the news the government is happy for them to sell online and deliver to people’s homes.

A government spokesman – speaking officially on behalf of the Department for Business, Energy & Industrial Strategy (BEIS) – issued a statement to Car Dealer Magazine last week which clearly stated the position for dealers.

The BEIS statement, the first official word from the government on the case, saw many car makers begin to apply pressure on its dealers to start delivering cars.

While some dealers decided to resume a certain level of work off the back of the news, others have held off because of health and safety fears for staff and the difficulties involved with home deliveries.

One dealer group boss said: ‘The manufacturers we represent have been breathing down our neck as they desperately want us to start delivering cars. They need cash to flow back into their businesses as much as we do.

‘However, despite the government clarifying its position to you, it is still a matter of choice for us whether we want to trade in that way. It’s unfair to expect us to do it and put our staff in positions they might not want to be in.

‘Yes, some dealers will be able to deliver cars to customers’ homes but most big dealer groups are not set up for that and it will be cost prohibitive to do it.

‘That hasn’t stopped manufacturers applying pressure on us.’

Car dealership bosses instead want a click-and-collect style solution to be implemented as part of the first wave of lockdown restrictions being lifted.

Vertu Motors chief executive Robert Forrester said that he believed ‘home delivery was not the answer, or as safe or efficient as click and collect’.

He said: ‘Home deliveries are, in my view, largely uneconomic for the large numbers of cars dealerships sell.’

Automotive industry trade organisations had previously stated they believed car dealers could sell remotely and continue to deliver during the lockdown – but very few in the trade did.

The NFDA and SMMT said they believed ‘nothing had changed’ following our story last week, adding that they thought dealers had always been able to sell remotely and deliver during the lockdown. This, they said, was a ‘commercial decision’ dealers needed to make on an ‘individual basis’.

However, not one of the manufacturers or car dealer bosses we have spoken to during Car Dealer Live interviews, or in person, were completely sure on the government’s position – until our story was published.

Last week, the NFDA issued a bulletin to members that incorrectly claimed BEIS had not issued an ‘official statement’ to the press.

The trade association has today been contacted by BEIS to ask them to amend their online article as a ‘matter of urgency’ to reflect the fact a government statement was issued to Car Dealer Magazine.

‘We have asked non-essential shops like car dealerships and showrooms in England to close, unless they provide urgent car repairs and other necessary services.

‘They are all able to continue to sell cars remotely and deliver cars, as long as they follow our clear guidance from Public Health England to protect both employees who cannot work from home and their customers.’

The statement was the clarification many car dealers needed to begin business again and some have already started to deliver cars as a result.

Peter Vardy told Car Dealer Live on Friday that he was starting to deliver cars today as a result and was actively searching for three car transporters to buy.

The government spokesperson said guidance issued for the manufacturing industry would be helpful for car dealers looking to resume some levels of work. The full advice is detailed in our previous article which can be found here.