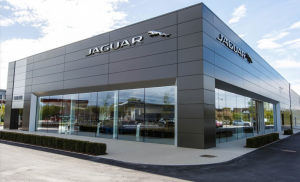 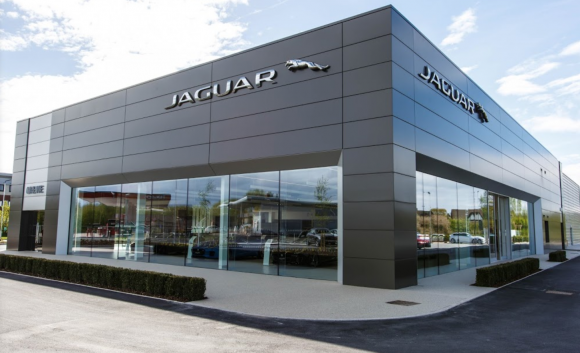 Swansway Garages director Peter Smyth has revealed the first week back with showroom doors opening have been incredibly busy for his group.

Smyth told this week’s Car Dealer Podcast that ‘momentum was starting to build’ as customers flock back to his dealerships.

He said his Honda dealership had been especially busy as many of its customer base had been shielding during the lockdown.

Now, mostly fully vaccinated, he says its mainstay customer base is heading back to showrooms with vigour.

Smyth said: ‘We’re seeing customers in the showroom and we noticed that towards the end of the week prior to reopening, new car sales had tailed off somewhat although used car sales were still going strong.

‘We’ve seen people are now coming through the doors to buy new cars. I guess if you had a week to wait to enter a showroom, particularly if you were changing brand from say a BMW to an Audi, Merc to a BM, then you would wait wouldn’t you, to go into a showroom and have a drive?

‘I guess that was to be expected but I’m pleased to say that the bounce back is starting to bounce!’

Smyth was joining the weekly Podcast for the second time as we discuss the week’s biggest Car Dealer headlines in a head to head competition. If you’d like to be a guest judge get in touch via the About Us page.

Smyth explained how Honda Jazz customers were now ‘coming out to play’ as showrooms reopened their doors.

He said: ‘We really struggled on new Honda during the lockdown period, because if you think of the average age of a Honda customer, the fact that there is only a Jazz, Civic or CR-V to buy, as we’re still waiting for the HR-V, and the Jazz is an auto not a manual, then you can understand why they didn’t come out to play during lockdown.

‘They were being responsible by not [coming out] because of the age of the customers. But across our other brands, like VW, Jaguar and Land Rover it’s all demographics who are coming out again – young and old.’

Smyth revealed that despite physical dealerships being allowed to open once again online enquiries had not dropped off – quite the opposite in fact.

‘Digital enquiries on Friday were at 313 and that was the most we’ve ever had,’ said the Swansway director.

‘People are enquiring digitally and they are coming into the showrooms. The trick now is to deal with both sets of enquiries in the right manner.’

He explained that getting sales people in the mindset to tackle both typos of sales enquiry was going to be the biggest challenge of the reopening.

He added: ‘It’s something we discussed at length, when [salespeople] are dealing either digitally or on phones, they are sat there at their desk with no distractions and that’s what they’re doing.

‘When someone comes into the showroom and they get that “can you just” moment they can get deflected and then maybe forget to email someone back or call someone back and before you know it you have a disgruntled potential customer.

‘We have thought about splitting job roles as a result. We’re in a suck it and see situation at this moment.

‘What we did find during lockdown was there were those sales people who really missed the customer interaction and face to face and there were others who reacted to digitally really well.’

During the Podcast Smyth also gives his views on physical versus online auctions and chats about the new entrants in the used car market.

As is often the case in the Car Dealer Podcasts, online used car specialist Cazoo came up for discussion.

Smyth has read the company’s investor pack carefully and thinks it may have solved its used car supply issues with the purchase of Drover and Cluno.

He explained: ‘I was just bemused as everyone else by the valuation, but when I read the prospectus and it was pointed out to me by someone who works for me on page 10 they say Cazoo has created the most comprehensive market offering, and compares to other incumbents, they could do deals with the OEMs on new cars via Cluno and Drover.

‘One of the risk factors they put at the back which will stop them from world domination is supply of inventory and that is my biggest problem, creating used cars to sell and indeed it is for all dealers.’

He said: ‘The Car Store idea originally was a very good idea, but the problem you have is you need very good used car managers to control the sites and make sure the stock is turning at the right price.

‘I think what happened with Pendragon is they lost control of their used car stock.

‘With eight big super sites they need just eight very good managers and the fact they are super sites will appeal to high calibre people.

‘They have more chance of doing it than someone like Cazoo because they are in touch with the OEMs and have a source of supply and are generating part exchanges from new cars.’

‘It’s really quite simply why [Pendragon] lost all that money, it’s because they held on to their stock too long,’ said Smyth.

‘Listen, cars depreciate. I am not sure whether or not Cazoo has worked that out yet but I am a little bit sad and I realise that Cazoo has got an A8 on their website, on a 64 plate, silver with dark brown and beige trim, and they’ve had it there for 18 months.

‘They might be selling it at a competitive price but when they do sell it they’re going to blow their brains in. This job is all about, and always was, turning your stock.’

You can listen to the Car Dealer Podcast on all good podcast platforms, including Spotify and Apple Podcasts. New episodes are released every Friday. If you’d like to take part contact us here.