Home > News > Carmakers ‘living in the past’ by keeping tech firms at bay, says new report 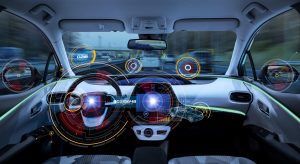 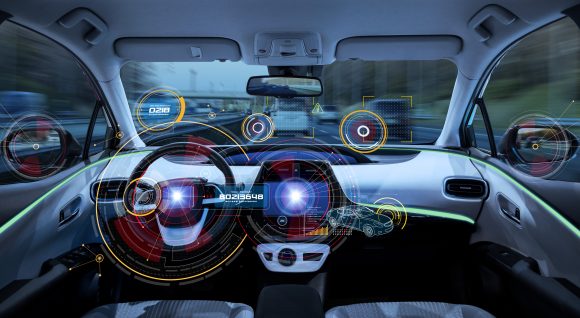 Carmakers ‘living in the past’ by keeping tech firms at bay, says new report

CAR manufacturers must embrace the idea of working with third-party tech companies if they are to thrive in a ‘digital, mobility-enamoured world’, according to a new report.

But just over half of them (52 per cent) still believe they can go it alone, according to the findings of a survey carried out by BearingPoint, an independent management and technology consultancy.

This means they would then be winning the ‘battle for the dashboard’ – a relatively new term that in essence means the technology and connectivity in any new car has been created by the manufacturer itself rather than because of a tie-up with a tech giant such as Google or Apple.

BearingPoint’s study – Partnership Ecosystems: The Driving Force Behind Mobility Innovation? – found that 50 per cent of automotive companies have clearly defined digital business strategies in place and are putting them into practice, while for 49 per cent, such a plan is still being formulated.

More than half (59 per cent) identify business model innovation and introducing new products and services as key planks of their digital strategies. Working with ‘ecosystem partners’, they realise they can quickly generate new revenue streams and launch compelling products and customer experiences before start-ups and the tech giants beat them to it.

Matthias Loebich, global leader for production industries at BearingPoint, said: ‘Automakers understand the impact that emerging technologies trends like connected cars, autonomous drive and mobility-as-a-service will have on their businesses.

‘Many also understand the need for partners who can marshal investment and provide complementary digital skills and capabilities. But a slim majority – 52 per cent – are living in the past, clinging to a world in which a ‘‘walled garden’’ protected innovation from competitors.

‘Shedding this default mindset is the number-one challenge for automotive companies.’

Automotive companies have high expectations of the value that partner ecosystems will deliver to their businesses – 46 per cent anticipate revenue growth of 16 per cent or more in just two years.

Within that group, 24 per cent predict an even bigger uplift of between 21 and 30 per cent over the same timeframe.

But for all the talk of new partner-driven revenue streams, most automotive companies believe that they can go it alone – only 48 per cent felt that to be successful they need to develop and manage a clearly defined partnership.

The main reason is that 70 per cent of automotive companies feel that the complexity that comes with working together may lead to consumer confusion over their brand.

‘Automotive companies have relied on franchise dealerships to own the customer relationship. But in today’s digital world, where the competition is not only traditional automakers but giant web-scale technology companies, they must more rapidly embrace collaboration with multiple partners to get that breadth of innovation.’

Loebich added: ‘While there are a number of technological barriers to realising the benefits of partner ecosystems, these are functional, soluble challenges.

‘The real problem is the mindset of legacy inertia that seemingly infects half the automotive sector.

‘This should act as a rallying cry for those automotive companies that have more contemporary attitudes to partnership and innovation. The spoils are significant, if they move quickly.’

To reach its findings, BearingPoint spoke to 90 executives from the automotive sector across Europe, Asia and the USA. Other industries such as telecoms, banking and insurance were also included to help provide context.