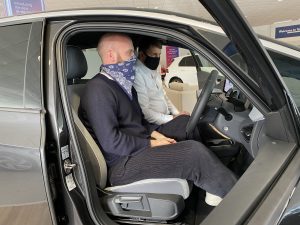 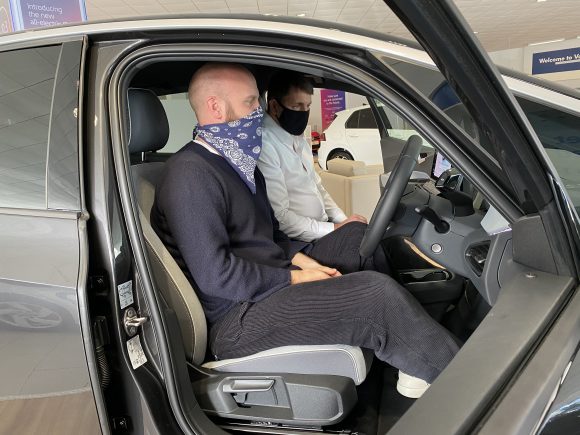 Coldplay drummer – and Volkswagen fan – Will Champion has nailed his eco credentials firmly to the mast after taking delivery of a new ID.3.

He was given the keys to the electric vehicle by Alan Day Volkswagen managing director Paul Tanner at the dealership group’s New Southgate branch in north London.

The 42-year-old rock star is a regular customer of Alan Day, having bought a new Polo from its Hampstead branch in 2018.

Tanner said: ‘I told Will about the car’s carbon-neutral footprint last year and he ordered one on the spot.

‘He and the band are very concerned about the planet we live on and was very impressed with the car’s green credentials.’

Champion said: ‘I know there are lots of electric cars coming out this year, but my first car was a VW and we’ve always had a good experience with them.

‘I’ve had Golfs and Polos and various other models, so I was just waiting for VW to come out with something like this.

‘When Paul mentioned that there was one coming out, I asked to be put on the list. It was a bit of a no-brainer really. I know they’ve got more coming out in the future, so I’ll be keeping my eye on those as well.’ 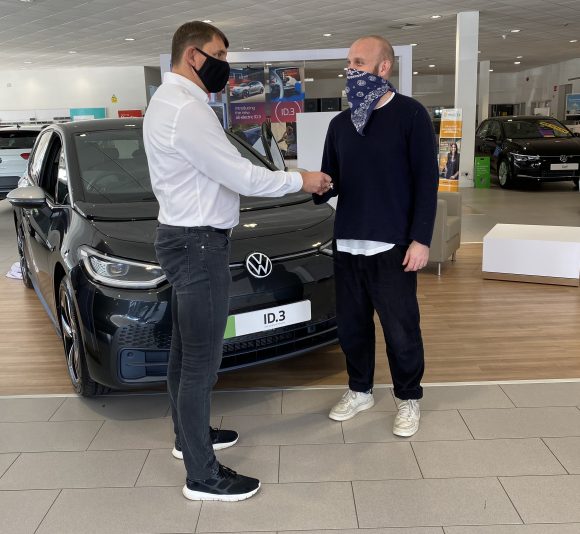 Paul Tanner, left, gives Will Champion the keys to his Volkswagen ID.3

He added: ‘It’s really the environmental credentials that are the important thing for me.

‘I think you have to be part of changing the way that we consume travel, as it were, and road use. So, definitely – that’s the biggest feature.

‘I’m really looking forward to getting into it, to be honest!’

And he urged drivers to look to the future as petrol and diesel engines are phased out.

The ID.3 should do more than 230 miles before needing to be recharged, which impressed Champion.

‘And as the technology is only going to keep improving and as battery technology improves, it’s all going to make a huge difference to the functionality in the end and usability of these cars.

‘Maybe five years ago they were considered a bit more niche but now, with the number of new vehicles coming out this year, I think the availability of electric vehicles is only going to increase and improve. It’s absolutely an important step.’

He also praised Alan Day Volkswagen for cutting its carbon footprint by 38 per cent over the past three years thanks to a recycling programme, including oils, parts and the banning of plastics.

Asked why he chose Alan Day Group for his latest car, he said: ‘The customer service is always impeccable. Obviously it’s a brand too that I like – I’ve had a lot of VW cars in the past.

‘There’s definitely a sense of personal care for the cars and for the people that come in and buy them.’