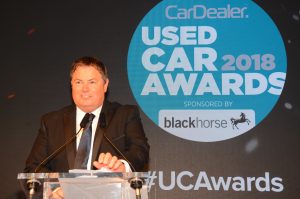 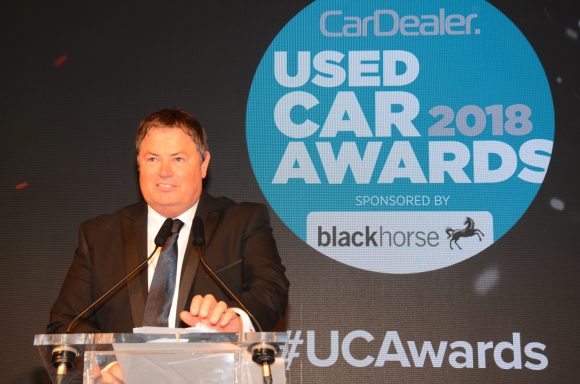 A CHARITY that helps bereaved youngsters was delighted to receive a funds boost of more than £7,000 at the Car Dealer Magazine Used Car Awards recently.

SeeSaw, which supports grieving children and young people in Oxfordshire, was the recipient of a cheque for £7,380 thanks to a prize draw at the event – and the fact that the total raised, a sum of £3,690, was then doubled by The Lead Agency.

Headquartered in Liverpool, and with offices in London and New York, The Lead Agency is a customer acquisition specialist and one of the fastest-growing tech businesses in Europe.

Operating in the automotive and property sectors, it provides its clients with qualified, in-market leads in volumes that are meaningful for success.

The Used Car Awards ceremony, held at The Brewery in Chiswell Street, central London, was a glittering occasion and saw the best and brightest operators in the used car industry rewarded for their achievements during 2018.

Host and compere for the evening was the television personality Mike Brewer, of Wheeler Dealers fame.

Brewer is also a patron of SeeSaw and invited representatives of the organisation to join him at his table at the awards.

SeeSaw fundraiser Jane Elliott said: ‘We were delighted to be invited by SeeSaw’s wonderful Patron, Mike Brewer, to the Used Car Awards and to be the recipients of a very generous donation on the night.

‘We’d like to thank everyone there for a wonderful evening and for their kindness and generosity. We were thrilled how much was raised. We have some exciting plans for next year and will be putting the money towards taking those plans forward.’

Anton Hanley, chief executive officer of The Lead Agency, said: ‘We were delighted to be able to add to the funds raised by the grand prize draw at this year’s Used Car Awards.

‘SeeSaw is an extremely good cause and we know the team do incredibly important work.’

Prizes on offer in the draw included an Amazon Echo Plus, tickets to motor-racing events and a five-night getaway for two to Ireland.