Home > News > Comment: Why Nissan can live with the Brexit deal and Sunderland jobs are safeguarded… for now 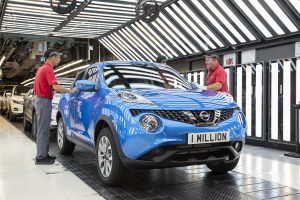 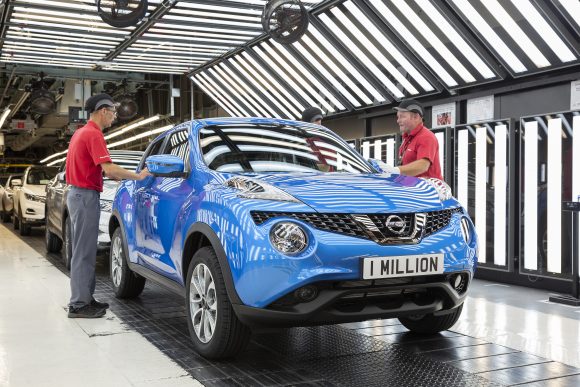 Comment: Why Nissan can live with the Brexit deal and Sunderland jobs are safeguarded… for now

Having previously stressed the risks of a no trade deal for its entire European business model, Nissan has committed to assembling cars at its Sunderland plant – for now at least.

That should mean that its new Qashqai model – delayed from last year amidst Brexit uncertainty – will now go ahead this year without facing tariffs when exported to the EU. That’s good news for around 6,000 Nissan workers at Sunderland and many more in the wider supply chain.

Nissan has also said that it will source batteries for its larger 62Kwh Leaf in the UK. These had previously come from North America. It needs to do that to meet Rules of Origin rules where 55 per cent of a car’s content needs to be ‘local’ (i.e. from the UK or EU) to qualify for tariff free status.

This should safeguard jobs at Sunderland, for now at least, while the Leaf, Juke and new Qashqai models are built.

Sunderland is the UK’s largest auto assembly plant and at full capacity was producing nearly 600,000 cars a year (more than the entire auto output of some European countries). In recent years that number has dwindled. The plant is now running at around 50 per cent capacity.

While the firm reversed its 2016 decision to build the X-Trail model at Sunderland and pulled Infiniti brand production from the plant, it has invested some £400m there in preparing for Qashqai assembly. 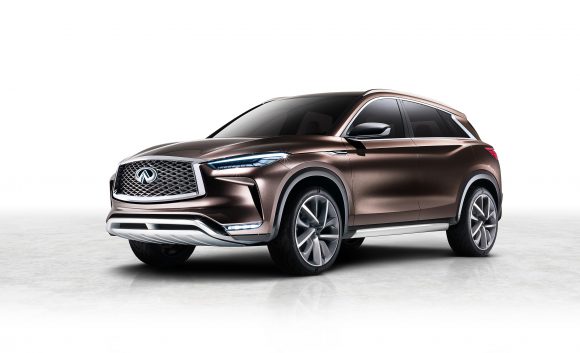 Nissan at one stage planned to build Infiniti models at Sunderland

This was anyway likely to go ahead but had been delayed while the firm figured out what the implications of Deal or No Deal would be.

Around three quarters of what is produced at Sunderland is exported and most of that goes to the EU’s Single Market.

Quite what that means isn’t clear on first reading – I’m guessing he means that non-tariff barriers arising from the trade deal impact more on rivals. The mix of customs delays and form filling is expected to push up the cost of imported cars by 0.5-2.0 per cent in the UK. Nissan hopes to take market share as a result.

Nissan was also ahead of the curve in the industry on EV development, and the 2030 ban on petrol and diesel cars plays to its European strategy of focussing on crossover vehicles and electrification. 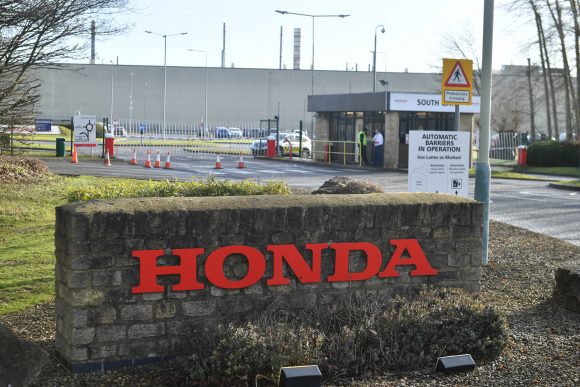 The goods news came as Nissan (like Honda and JLR) paused production amidst parts shortages owing to a combination of Covid-19, delays at Felixstowe and a shortage of semi conductors.

Nissan’s positive comments were in stark contrast to those by Carlos Tavares, boss of the newly formed Stellantis (made from the merger of PSA and Fiat Chrysler) who said earlier in the week that investment at Vauxhall’s Ellesmere Port plant is still hanging in the balance and that support from the government was needed (as discussed on this week’s Podcast).

Nissan pointedly didn’t commit to new models at Sunderland, so there are no long term guarantees here (there never are really as car plants are ultimately footloose). Nor was there any sign that its partner Renault might assemble models off common platforms at Sunderland.

Rather, Nissan dangled the prospect of new models, no doubt in an effort to win further government support.

That could be on launch aid, training and building a stronger local supply chain, especially when it comes to battery supplies.

Indeed, while the Nissan news is welcome, what’s clear is that batteries are going to be a big deal going forward.

In particular the UK-EU Trade deal includes a six year phase-in of the requirement for electric cars (and hybrids?) to have a maximum of 45 per cent content from outside Europe, reducing over time, from 60 per cent to 55 per cent to 45 per cent. The UK had asked for 70 per cent, so this is a compromise.

As seen with Nissan, this is still tight for some manufacturers when it comes to batteries or high value hybrid systems from outside the EU.

Toyota, for example, might also struggle to qualify some of their UK assembled hybrid models for tariff free export to the EU – although it does have time to increase local content. However, we don’t actually have figures on local content as they were, of course, not needed when the UK was in the single market.

What the deal means for certain is that by 2027, there has to be 55 per cent local content even for battery electric vehicles and that the batteries themselves will need to be assembled in the UK or EU for these to qualify for tariff free trade.

This will pose a particular challenge for UK auto and industrial policy.

The UK is lagging behind EU countries in attracting investment in battery making capacity and without a major effort to reorientate the auto supply chain (via inward investment from battery makers and EV suppliers), UK car assembly will be increasingly dependent on imported components from the EU to meet rules of origin rules going forward.

Prominent industry figures such as Andy Palmer (chairman of electric bus maker Switch Mobility and ex-boss of Aston Martin) have called for an all-out UK effort to attract and develop a UK battery manufacturing supply chain, with the government using every lever at its disposal.

While there is much that the UK can do to push this along through interventions like enhanced capital allowances, special enterprise zones and loan guarantees, given the acute political sensitivity over car industry jobs, the EU is going to scrutinise UK policy in this area very carefully going forward under the state aid and ‘level playing field’ provisions of the UK-EU trade deal.

David Bailey works at the Birmingham Business School and is a Senior Fellow at the ESRC’s UK in a Changing Europe programme.