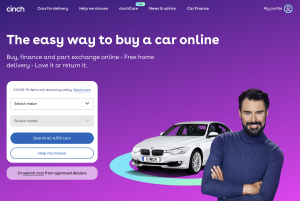 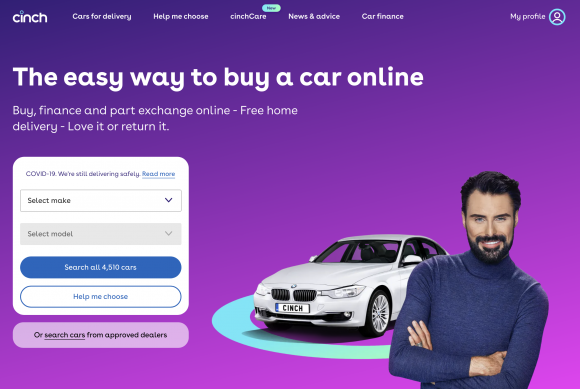 BCA and WeBuyAnyCar owner Constellation Automotive Group has raised over £1bn in private capital to pump into Cinch, as it seeks to capture a larger slice of the international used car market.

The capital has been stumped up from a wholly owned subsidiary of the Abu Dhabi Investment Authority (ADIA), GIC, Neuberger Berman client funds and funds advised by Soros Fund Management LLC, said Constellation.

In a statement, the firm said the investment will provide the group – which is formed of Cinch, BCA and WeBuyAnyCar – will allow it to realise its ‘ambitious’ plans to expand across Europe, ‘accelerate this expansion’ and continue its ‘extensive investments in people, technology, data science, infrastructure and brand building’.

According to Sky News, the capital-raise is twice as large as Constellation was originally targeting.

Cinch launched in October 2020 and claims it has established itself ‘as the largest online B2C marketplace for used cars in the UK’.

It has shifted over 45,000 cars since its launch, and seen grown levels of 45 per cent month-on-month.

Earlier this year and in the space of one week, Cinch agreed to become the headline sponsor of the Lawn Tennis Association’s Queen’s Club Championships, and Tottenham Hotspur’s official sleeve partner in a multi-year deal.

Avril Palmer-Baunack, Constellation’s executive chairman, said: ‘This funding round demonstrates the scale of the opportunity ahead of us and allows us to turbocharge our business model and geographical reach in one of the most exciting and fastest growing retail markets in the world.’

Thibaut Large, partner at TDR Capital, Constellation’s majority shareholder, added: ‘The €400bn European B2C used car market is at the beginning of a massive digital transformation – similar to the one experienced by so many other retail verticals before.

‘Constellation is in a unique position to lead this transformation. Its relentless growth and development has been nothing short of exceptional.

‘We are delighted to welcome such a distinguished group of investors to Constellation and, together, to become the leading digital disruptor across the European used car value chain.’

Industry analyst Mike Jones believes that while the business has proved to be successful in the UK thanks to a vibrant and strong used car market, it’ll be interesting to see how it rolls it out to other European countries with weaker used car markets.

‘In the UK, Constellation has the method of acquiring vehicles – it either gets the vehicles from the customer through WeBuyAnyCar or from the dealer through BCA,’ he told Car Dealer.

‘BCA has tried to spread its auction business across Europe but that hasn’t been as successful as it has been in the UK, so it’ll be interesting to see how it sources its cars.

‘If you ignore the dealers, through WeBuyAnyCar and Cinch Constellation has almost got a self-sustaining model in used cars. This announcement doesn’t talk about launching WeBuyAnyCar elsewhere or expanding the auction business.’

Jones added: ‘Cinch’s volumes have grown significantly in the UK, but there is a huge opportunity to professionalise used car retailing across Europe and huge swathes of the rest of the world.

‘The opportunity is out there, but the question is how are they flexing their successful UK business model to guarantee a reliable source of vehicles?’

Asked whether Constellation’s latest capital-raise was influenced by big rival Cazoo, Jones said: ‘The owners are making sure they benefit from the current attractiveness of the used car market in the City and the frothy valuations that are resulting.’

More Used Car stories can be found in our dedicated section.