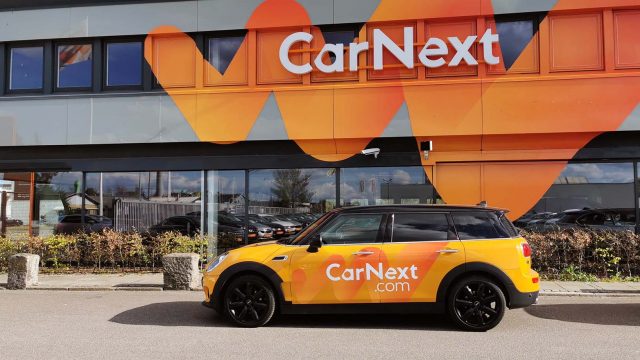 The deal is estimated to take Constellation’s yearly sales via all its platforms, which also include We Buy Any Car and Cinch, to £21bn a year from more than 2.5m vehicles.

CarNext’s business-to-business auction platform operates in 22 countries across a network of buying partners, while its business-to-customer marketplace is in seven of the largest European markets.

CarNext also has a long-term supply agreement for 250,000 high-quality used cars a year from LeasePlan.

No details were revealed about the terms of the acquisition of the Amsterdam-based digital used car sales marketplace, but in a statement, Avril Palmer-Baunack, Constellation’s executive chairman, said: ‘I am delighted that CarNext is joining the Constellation Group.

‘CarNext was one of the first companies in Europe to digitise the consumer used car buying experience and we are looking forward to combining the scale of our respective marketplaces to lead the digital transformation of the used car market across Europe.

‘Data and technology excellence are central to Constellation’s ability to continue to innovate and CarNext’s proprietary data and extensive European transaction data will give Constellation an edge.

‘The Constellation team and I are looking forward to welcoming CarNext to the group as we move to the next phase of our growth in Europe.’

Bloomberg also quoted Palmer-Baunack as saying: ‘Organic growth can take quite a long time, whereas an acquisition of this size – which is basically half the size we are already in Europe – gives us that massive, strategic step up.’

Sophie Krishnan, chief executive of CarNext, said: ‘CarNext is a great fit for Constellation, and I am excited to join the group.

‘CarNext is focused on allowing customers to find, finance, buy or sell a used car entirely online from a place they can trust.

‘The scope for growth in our core European markets is exceptional, and being part of Constellation will allow us to accelerate our momentum and build a leader in the market.’

Constellation is itself majority-owned by TDR Capital and raised £1bn earlier this year for its European expansion plans.

TDR Capital partner Thibaut Large said: ‘The used car market is one of the last bastions of the retail market not to be digitised.

‘Like the travel, electronics or apparel market before it, this is just a matter of time. Constellation…is leading the way by transforming how consumers and professional buyers purchase and sell used cars online.

‘This combination positions the group to make massive inroads into the €400bn European car market.

‘With €2bn of fresh capital, Constellation is the best capitalised business in the sector and has huge firepower for European expansion.’