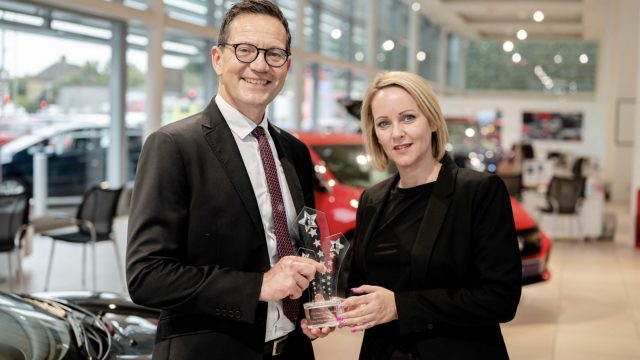 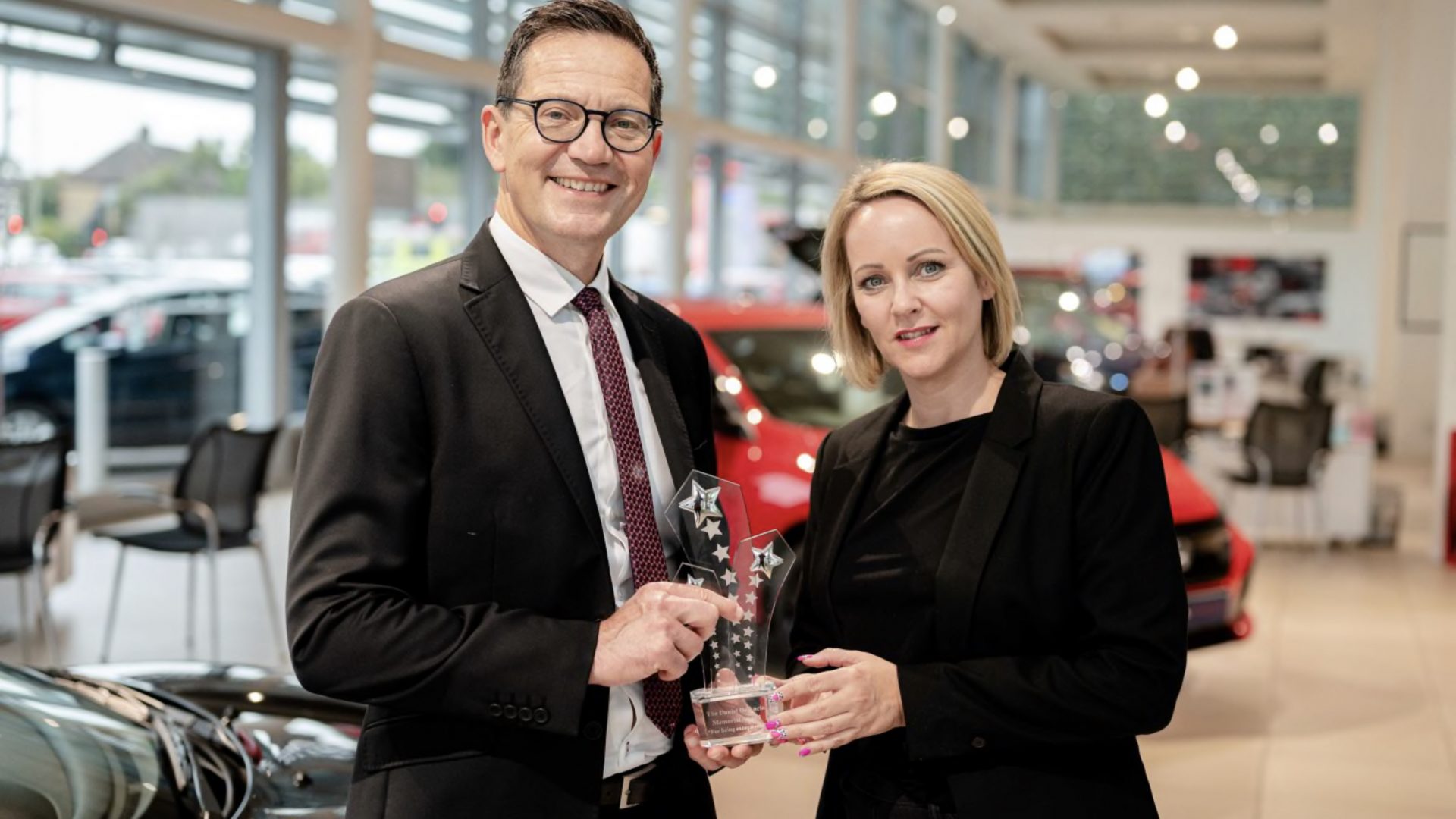 Crown Honda has paid tribute to a beloved member of staff who lost his life in 2020 with an award for outstanding work in his name.

Danny Delucia had worked at the dealership in Bushey Heath for 20 years, selling more than 5,000 during his time there. He also won several Honda UK awards including top salesman.

Sadly, in October 2020 he lost his battle with cancer.

Earlier this year, the dealership asked staff what they would like to do to remember him, and they came up with the idea for the Danny Delucia Memorial Award.

This was awarded to a member of staff who had done something exceptional, and it would be decided by votes from their colleagues.

The first winner of the award was announced on October 7, the anniversary of Danny’s death, and his wife Carmen and children went to the showroom to hand it over.

Showroom receptionist for Crown Honda Hendon Sharon Boreham was the first winner of the award for her work during the lockdown, when she managed the phones for both Crown Honda showrooms.

Sharon was also praised for her dedication to the business, never taking a day off sick or being late in 13 years.

Crown Honda added that customers love Sharon and have even changed their servicing bookings when they found out she was on holiday that week.

She said: ‘Danny was a superstar and to be the first winner of this award is something I will always cherish.

‘We all miss him every day, but this award helps in keeping his memory and legacy alive.’