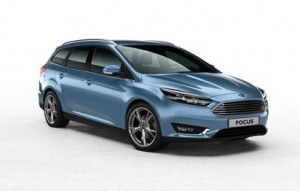 Customers have turned us into craftsmen for new Focus, says Ford director

CUSTOMER feedback was at the heart of Ford’s decision to make its new Focus more premium, a company director has said.

Speaking exclusively to Car Dealer, Sherif Marakby, Ford Motor Company’s global vehicle line director of C cars, said the views of Focus and non-Focus customers were at the heart of making the new car posher than it has ever been before.

‘We asked customers across the board what they wanted to see in the New Focus, and the point most were agreed about was the need to improve interior quality,’ Marakby explained. ‘Focus is already the best-selling C-segment hatchback, but we didn’t want to be complacent – that’s why we have improved every element of the car.’

Inside, 2014 New Focus gets better quality dials and buttons with clearer typography, and the option to spec a car with a leather dashboard and heated steering wheel.

‘We wanted to make the Focus a car built with craftsmanship,’ said Marakby. ‘We didn’t want to stand still – it’s in our DNA to constantly improve.’

Perhaps the greatest advance of the new Focus is its new eight-inch touchscreen and the debut of Ford’s new Sync2 system. The centre stack of the previous car, often criticised for being confusing, has been replaced with a simpler layout and that large touchscreen.

‘Adding technology is easy – but adding the interface for the customer is the hard bit. We’ve worked tremendously hard to make this car as easy [as possible] to use and live with,’ said Marakby.

He went onto say he would be ‘surprised’ if sales of the Focus didn’t improve thanks the improvements to the new version.