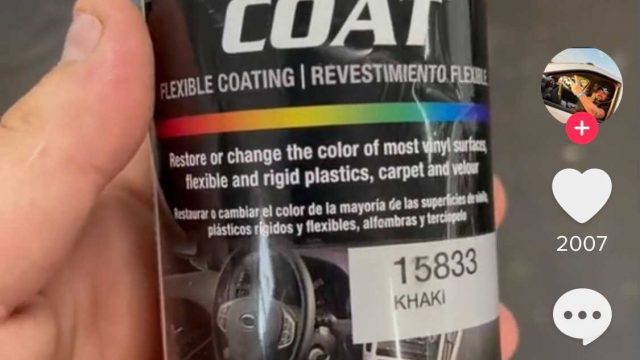 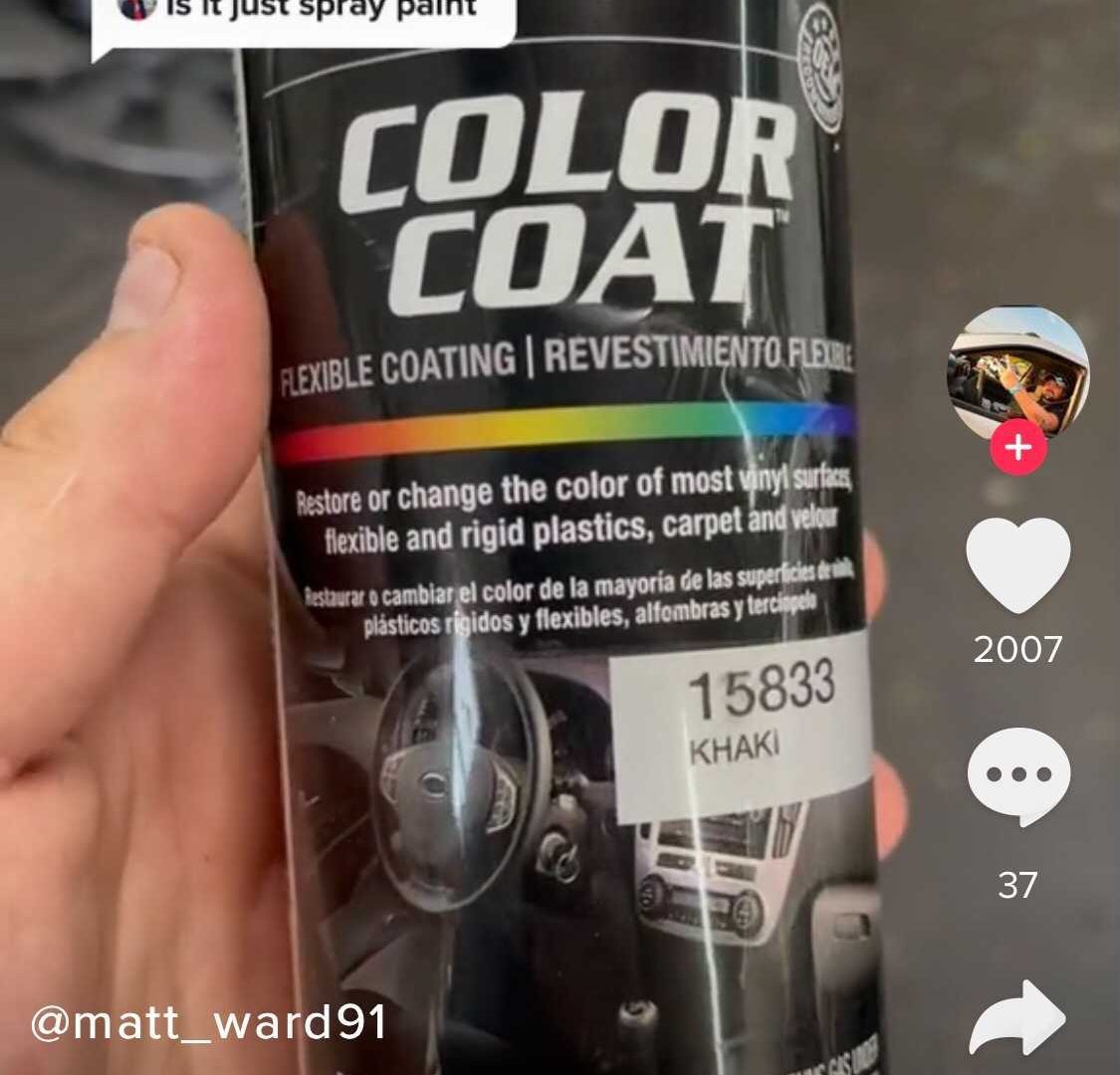 A used car dealer has gone viral after revealing a trick of the trade that left some members of the public disgusted.

Salesman Matt Ward, from Georgia, USA, posted a video on TikTok of himself covering a seat stain with a colour coat spray.

The clip, which has racked up one million likes, shows the upholstery looking as good as new within seconds of the black spray being applied.

Ward, who has 40,000 followers on TikTok, described the action as a ‘typical day at the office’.

Despite the success in covering the stain, many viewers were left horrified by what they saw.

Several were convinced the can was actually spray paint and could not believe their eyes.

One user went as far as to comment beneath the video: ‘NEVER. BUY. A. USED. CAR.’

Despite the criticism, other dealers were quick to rush to Ward’s defence, with one writing: ‘Yup, done and seen it many times at all the dealers I work at.’

Another added: ‘What they don’t know won’t hurt them.’

Ward said his video was for ‘for all of you out there buying used cars’ in a bid to reveal the lengths dealers go to in order to make their cars look presentable.

Colour coat spray can be used to restore or transform the colour of most vinyl surfaces, as well as rigid plastics, carpet and velour, reports the Sun.

Ward told his followers that ‘it will cover up a stain if you get the same colour’.

The U.S dealer has posted several other videos offering a glimpse behind the scenes of the industry.

He has also revealed how dealers have bought cars during the pandemic and showed how they can touch up bodywork.