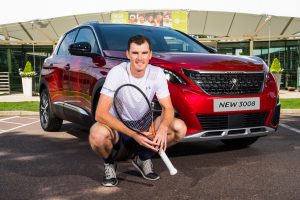 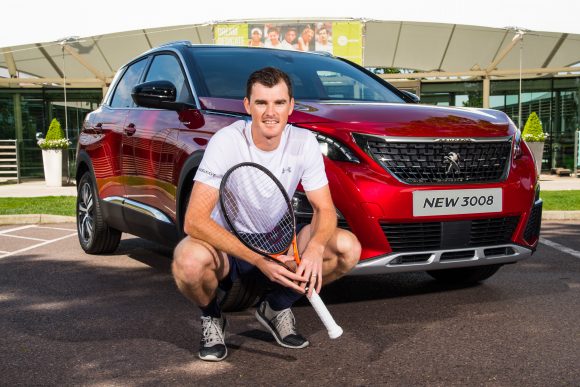 The handover took place at the Lawn Tennis Association’s headquarters in Roehampton, south-west London, where Murray said he was delighted to collect the GT Line PureTech 130 model in Ultimate Red.

And the 3008 SUV will be immediately pressed into service, supporting Murray as he travels to events on the tennis circuit in the UK. It features the state-of-the-art Peugeot i-Cockpit interior layout, with a compact multi-function steering wheel, 12.3-inch head-up digital instrument display and eight-inch capacitive touchscreen.

In addition, the 3008 SUV has a boot with up to 591 litres of space, rear seats that fold flat to extend capacity to 1,670 litres, as well as a folding front passenger seat, which should make it ideal for all of Murray’s tennis equipment.

David Peel, managing director at Peugeot UK, said: ‘We’re absolutely delighted that Jamie has taken delivery of his All-New 3008 SUV, a car we’re all incredibly proud of. As Jamie will find out over the coming months, it’s packed with a host of brilliant design features that will make his journeys highly enjoyable and relaxing.’