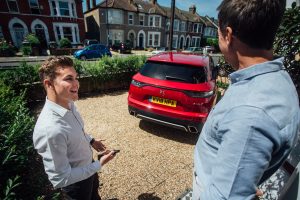 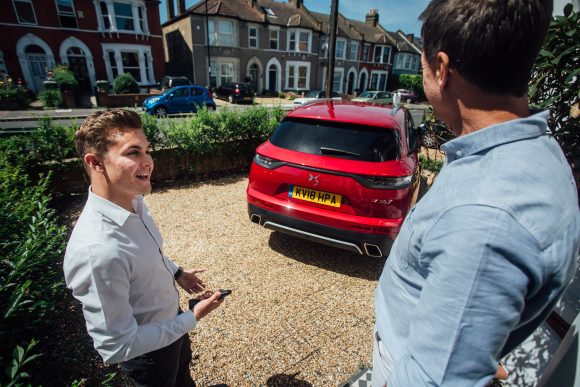 Customers will be allowed to take unaccompanied test drives using a car dealer’s trade plates, the DVLA has confirmed tonight.

Dealers who hold official trade plates – and are properly insured – will be allowed to let potential buyers out in their cars without having to send a salesman or dealer representative with them when the lockdown lifts.

This will be welcome news to dealers across the UK who were worried about whether they would be allowed to use trade plates when letting customers out unattended.

‘Adding this on would be an extension to their policy and is usually calculated as a percentage of their turnover – so it could be a few hundred, or a few thousand.’

Leon Bosch, Car Dealer Magazine columnist and managing director or insurance broker Gallagher, added: ‘From an insurance perspective, this is something that can be considered on motor trade combined policies, but you may struggle if you are on a road risks only policy.’

Car dealers have been concerned about how test drives could work when the lockdown is lifted and social distancing measures are still in place.

It was thought it would be impossible to have a salesman in the car – even sitting in the back – while still maintaining social distancing measures.

The news was uncovered by the Independent Motor Dealers Association (IMDA) who received official confirmation from a DVLA official today.

The DVLA official said: ‘We have received an update from colleagues in service management and policy and they have confirmed that a prospective purchaser may test drive a vehicle on trade plates, without the trader licence holder being present.

Car Dealer Magazine asked the DVLA press office to confirm the information given to the IMDA was accurate and a spokesman told us tonight: ‘I can confirm that the email has come from DVLA and is factually correct.’

Umesh Samani, chairman of the IMDA, said: ‘DVLA guidelines for trade plate use has always been that a motor dealer or their employee must be present while using trade plates.

‘Dealers sending customers out on their own before this might not have realised that they were breaking the rules.

‘This does open up the question of insurance, though, as not all dealer’s insurance policies cover unaccompanied test drives.’

Samani said the IMDA had been lobbying the DVLA for confirmation on this and thanked the department for clarifying its position for dealers. He suggested dealers contact their insurers before attempting to take advantage of the change.

Guide: How do you apply for trade plates?