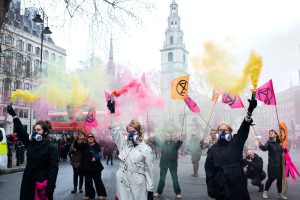 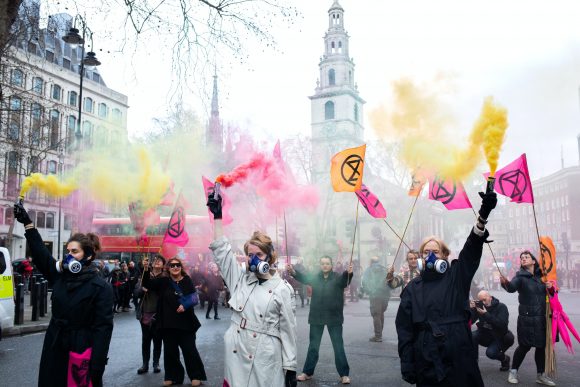 Car dealers and manufacturers have been warned that action by activists Extinction Rebellion could see businesses targeted TODAY.

An official alert has been issued by the SMMT – which has been leaked by several sources to Car Dealer Magazine – which warns car showrooms, factories and head offices could be targeted by protestors.

The document says that Extinction Rebellion is campaigning against a range of industries returning to work ‘as usual’ when the lockdown measures are lifted.

The document, circulated yesterday and warning of action beginning today, could see posters pasted on windows or alongside brand signage, front doors, other entrances or window displays.

The alert document said: ‘Photographs of the images in situ will then be posted on social media with the hashtags #notgoingback #anotherworldispossible #closedforgood and #allforclimate. Posts will be directed to @gov.uk and will name the business’ social media handle.’

The SMMT legal team – who issued the document – says that while the campaign is expected to be largely social-media based, the possibility of ‘physical disruption cannot be ruled out’.

The alert added: ‘This is a national action, with a specific focus on London and Bristol. However other locations may be identified.’

The SMMT briefing was circulated to members of its Car Section Committee, Environmental Policy Committee and Covid-19 Taskforce.

Car Dealer Magazine has approached the SMMT for comment, but so far has not had a reply.