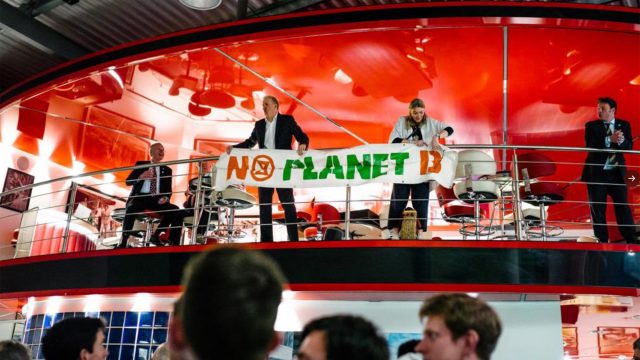 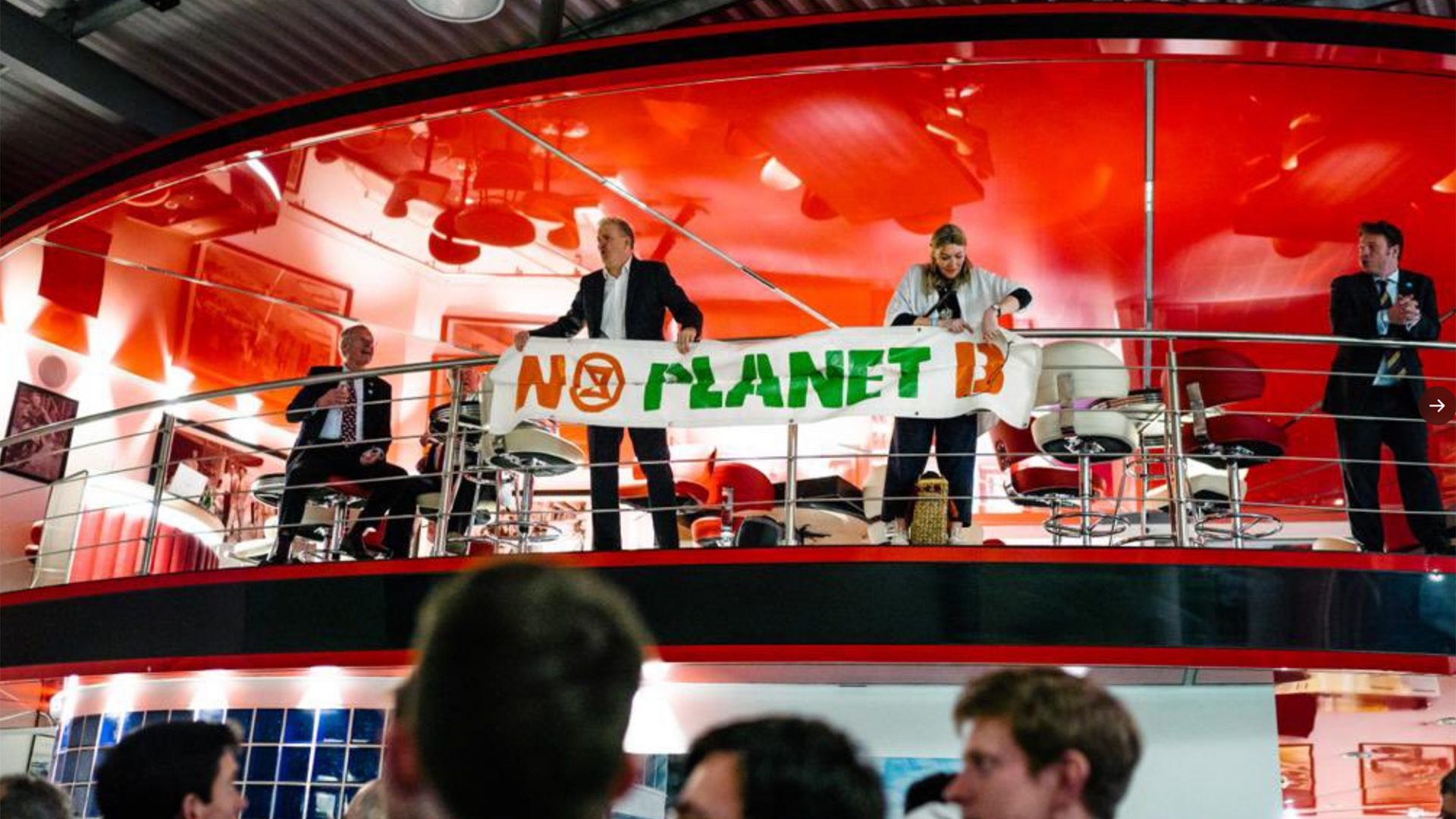 Sahawi was interrupted by two climate change campaigners on a balcony who unveiled a banner proclaiming ‘No Planet B’ and shouted as he began his speech at the south-west London showroom, which was hosting Wandsworth Tories’ push for the local polls.

The demonstrators were quickly pulled away by others on the balcony, who used what Extinction Rebellion (XR) called ‘totally unnecessary and unwarranted violence’, according to South London Press.

But there’s more! We interrupted education secretary’s @nadhimzahawi speech and two brave rebels unveiled a banner inside the event reminding the blissfully unaware guests that there is no planet B! Unfortunately this was met with a typically heavy handed response. pic.twitter.com/OEVTmSSZbt

The Wandsworth branch of the activist movement also had a presence outside the Merton Road dealership throughout the evening on Thursday (Mar 17), where it was joined by other campaign groups, including Plastics Rebellion and Wandsworth Stand Up To Racism.

A statement from the XR campaigners said: ‘What does this choice of a luxury car showroom as the venue for the launch of their campaign for re-election in the May local elections say about Wandsworth council’s commitment to addressing the climate emergency, which they declared almost three years ago in July 2019? 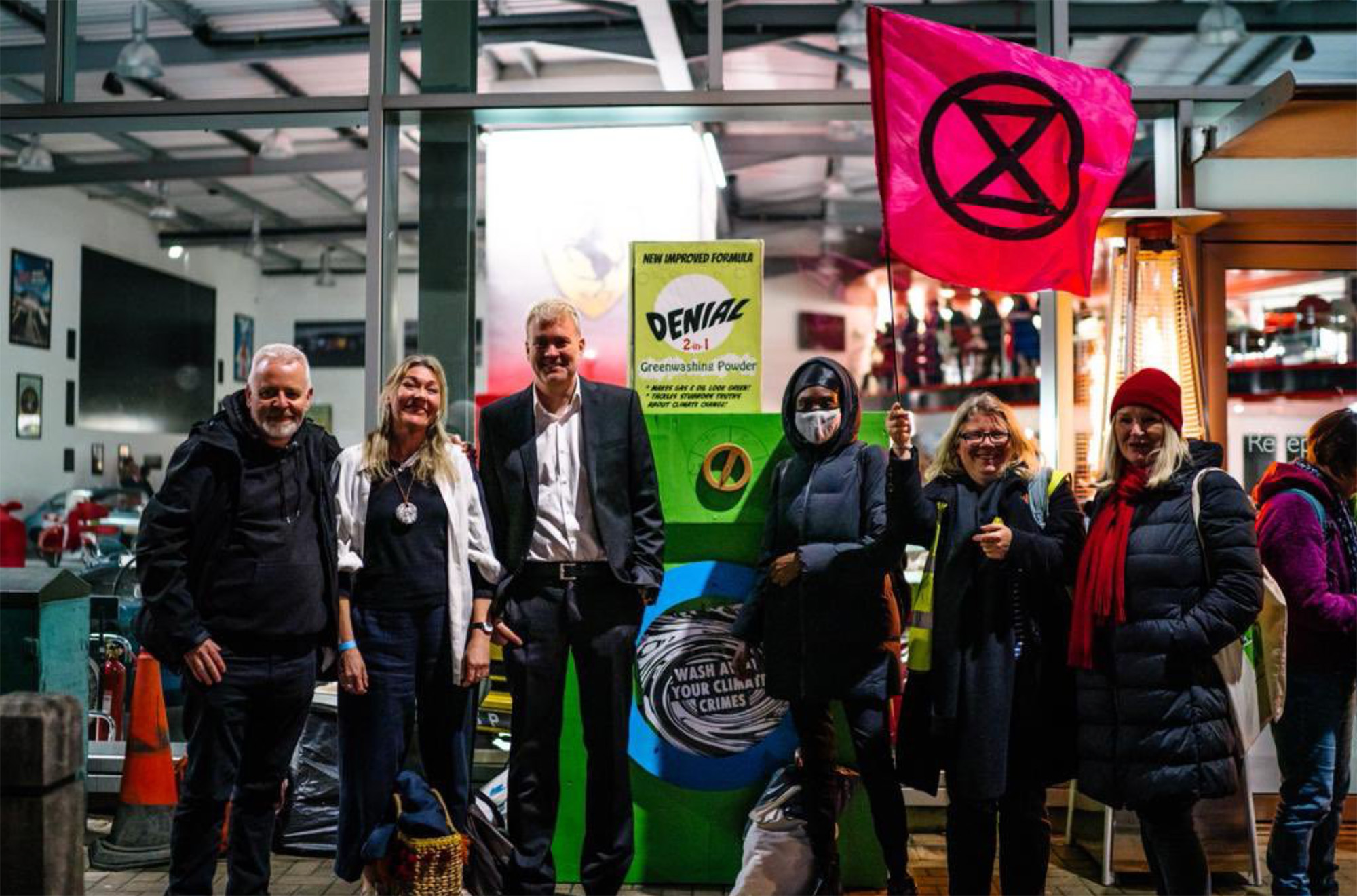 ‘Reducing car use has to be a central plank of any strategy to reduce emissions and address the climate emergency.’

In April 2020, Extinction Rebellion warned that it would be taking action against car dealers as well as car manufacturers.

Cars currently on the Joe Macari website include a McLaren Senna for £699,950, while anyone interested in the Ferrari 365 GTS/4 Daytona Spyder is invited to inquire about its price.

Zahawi was a Tory councillor for the Putney district on Wandsworth council from 1994 to 2006 and was formerly the chief strategy officer for Gulf Keystone Petroleum.