Home > News > Family cars are the most popular 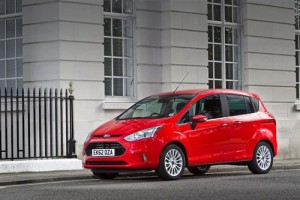 Family cars are the most popular

FAMILY vehicles have been the most popular-selling vehicles over the last six weeks, Glass’s has found.

The motoring guide found that over the past four to six weeks, family vehicles made up six of the top 10 quickest sellers – the first time in several months.

According to the results, the best-selling used car last month was the Ford B-Max, with an average selling time of 25.5 days. This was followed by Chevrolet’s Orlando by 29 days and the Ford Focus CC at 32.6 days.

However, this wasn’t the case for Mercedes which struggled the most, taking an average of 138.3 days to sell behind MG’s TF at 114 days.

‘Over the past six months we’ve seen 4x4s consistently take the most popular selling top spots – even at the beginning of summer when we expected the hot weather to boost sales of convertibles,’ chief car editors, Rupert Pontin, said. ‘This is probably the first month where the pattern is as we expected for the time of year; family cars are always going to be popular over the summer holiday period.

He added: ‘This month’s league has reinforced a pattern that has been emerging for a while now, or rather a lack of pattern. With only one 4×4 in the slowest 10 selling cars, right in the height of summer, we’ve proved that seasonality for 4x4s and convertibles has all but disappeared.’