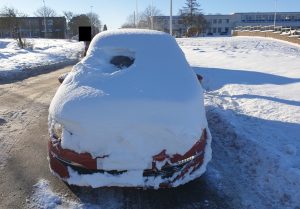 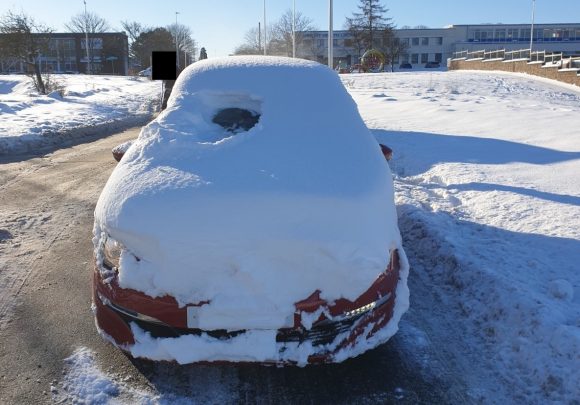 A coroner investigating a smart motorway death has referred Highways England to the Crown Prosecution Service (CPS) to consider if corporate manslaughter charges are appropriate.

Grandmother Nargis Begum, 62, from Sheffield, died on a stretch of the M1 without a hard shoulder in South Yorkshire, near Woodhall Services, in September 2018.

At a pre-inquest review hearing at Doncaster Coroner’s Court yesterday, senior coroner Nicola Mundy said the length of time the stationary vehicle went undetected was among the reasons for her decision.

Johnson under pressure to commit to March 8 school reopening

Boris Johnson is under pressure from Tories not to let the timetable for easing lockdown slip, despite warnings from senior scientists about the dangers still posed by coronavirus.

The speed of the vaccine rollout – with the 15m people in the four highest priority groups set to have been offered a jab by Monday’s target date – has increased pressure on the Prime Minister to commit to the March 8 date for reopening schools.

In order to meet the government’s promise of giving teachers, pupils and parents a fortnight to prepare for reopening, Johnson will have to set out his plans on February 22. But Downing Street would only commit to saying the PM will set out his road-map out of the lockdown that week – rather than specifically on the 22nd.

The hotel quarantine scheme launched by the government has come under fire as travellers were left unable to book rooms just days before the policy is due to come into force.

The online booking portal went down shortly after it was launched yesterday, and is not expected to be up and running again until around 10am today.

A spokesman for the Department of Health said the portal would be open ‘well before’ the hotel quarantine scheme comes into effect, adding: ‘The website is currently undergoing work to correct a minor technical issue.’

Police patrols to be stepped up at airports

Police patrols will be stepped up at airports and ports as hotel quarantine rules for travellers come into force, the Home Secretary said.

From Monday, UK nationals or residents returning from 33 ‘red list’ countries will be required to spend 10 days in a government-designated hotel.

Passengers arriving into England face fines of up to £10,000 for failing to quarantine, and those who lie on their passenger locator forms face up to 10 years in jail.

Wales has achieved its target of offering coronavirus vaccines to everyone in its first four priority groups, the First Minister has said.

Mark Drakeford said the milestone was a ‘truly phenomenal effort’ for the country’s vaccine rollout, which has so far seen 684,097 people receive their first dose.

The Welsh government previously said it would offer vaccines to those in the first four priority groups – residents and staff in care homes for older adults, frontline health and social care workers, all people 70 years old and over, and clinically extremely vulnerable individuals – by the middle of February.

Lack of planning may hamper next phase of vaccine rollout

A lack of planning in Whitehall could affect the rollout of the next phase of the coronavirus vaccination programme, MPs have warned.

The Commons Public Accounts Committee praised the ‘world-beating’ effort to get the jab to the most vulnerable, but warned it was essential not to lose momentum.

The Government is on course to meet its Monday target, but the committee said there was still ‘much to be done’ to hit its next target of getting the jab to the 17.7m in the next five priority groups – including all over-50s – by the end of April.

A US driver has said he feels thankful to be alive after his pick-up truck plunged 70 feet from an elevated motorway onto a road below.

Richard Lee Oliver told ABC’s Good Morning America he was on his way to his mother’s house when his truck hit snow on a flyover near Milwaukee.

The crash was caught on a Wisconsin Department of Transportation traffic camera. He was taken to hospital with a broken back and a broken leg, among other injuries.

Fall in job adverts as some sectors continue to struggle

The number of job adverts has fallen to the lowest level since last summer, new research suggests.

There were 1.3m adverts in the first week of February, 3.1 per cent down on the previous week and 14.4 per cent lower than mid-January, said the Recruitment and Employment Confederation (REC).

The latest figure is the lowest since June 2020, although the report added that new vacancies are still being posted on job sites.

Mortgage arrears expected to increase in 2021

The number of home-owners getting into difficulty with their mortgage payments is expected to increase this year as further economic impacts from the coronavirus pandemic hit, lenders have said.

Some 77,410 home-owner mortgages were in arrears of 2.5 per cent or more of the outstanding balance in the fourth quarter of 2020, marking an increase of 2,560 on the previous quarter, according to trade association UK Finance.

Ted Baker warns over Brexit hit of up to £5m

Fashion chain Ted Baker has revealed a hit of up to £5m from Brexit as tumbling festive sales also laid bare the toll taken by the pandemic.

The group said the expected Brexit bill comes as it faces extra duty and shipping costs following the end of year agreement, which will only be ‘partially offset’ by new customs warehouse capability.

Ted Baker reported retail sales nearly halving in its crucial Christmas quarter, plunging 47 per cent in the 13 weeks to January 30 as the coronavirus lockdowns and restrictions battered trade. Shares dropped more than five per cent after the update.

This car was stopped by our Roads Policing Unit shortly before 10am today (11th), at Kinnoull Rd, Dunsinane Industrial Estate in Dundee. The driver has been charged with dangerous driving. We know it’s inconvenient having to clear your car before you drive, but it MUST be done. pic.twitter.com/OIUmlKqVQL

A motorist has been charged with dangerous driving after they were spotted with just a ‘porthole’ scraped out of their snow-covered windscreen.

The vehicle’s front and back windscreen were almost entirely covered in snow, with just its side windows clear, when it was stopped by officers in Dundee shortly before 10am on Thursday.

A small circle of windscreen on the driver’s side had been cleared but the rest was covered in a thick layer of snow. Police have issued pictures of the car as they urged people to ensure they clear their windows properly before setting off.

Today will be cold and breezy although cloud will tend to break, leaving some bright or sunny spells, says the BBC. There is a chance of a few snow showers over north-eastern parts of the UK.

Any lingering snow showers should ease in the north-east overnight, and it will be dry for most with clear spells. Northern Ireland will see more in the way of cloud, with snow arriving later on.

It will be windy and cold tomorrow. Many western areas of the UK will become cloudy with outbreaks of snow pushing in from the west. Eastern areas will stay largely dry albeit with cloud cover increasing.