A single dose of the Oxford vaccine may reduce transmission of coronavirus by two thirds, according to a new study – a major boost to the UK’s recommendation that the second jab should be delayed for up to 12 weeks.

Researchers said that the first dose of the Oxford/AstraZeneca jab offers protection of 76 per cent up to three months and may reduce transmission by 67 per cent – with efficacy rising to 82.4 per cent after the second dose 12 weeks later.

The data from the study by the University of Oxford, which has not yet been peer reviewed, supports the four to 12-week interval that many global regulators, including the UK’s, have recommended. Before these results, little was known about how effective the vaccines were at preventing transmission of the disease.

Captain Sir Tom Moore’s legacy will live on ‘for years and years’, charities have vowed, as his death prompted heartfelt tributes from around the world.

The charity fundraiser, who raised more than £32m for the NHS during the first lockdown, died at the age of 100 yesterday after testing positive for Covid-19.

His family said the last year of his life was ‘nothing short of remarkable’, and that he had ‘experienced things he’d only ever dreamed of’. Boris Johnson described the veteran as ‘not just a national inspiration but a beacon of hope for the world’.

Budget airline Ryanair has been ordered to remove an ‘irresponsible’ advert depicting misleading claims about coronavirus vaccinations by the advertising watchdog.

The Advertising Standards Authority said it had received 2,370 complaints about the advert – which was shown from December to January – making it the third most complained about of all time.

The advert encouraged consumers to book Easter and summer holidays with the airline after having received vaccinations, suggesting that people could ‘jab and go’.

Exxon Mobil Corporation reported the largest losses in its history — nearly £14.7bn for the fourth quarter, including more than £13.9bn to write down the value of company assets. For the full year, it lost £16.39bn.

Its announcement reflected that of another oil heavyweight – BP – which posted a profit of £603m in the fourth quarter but still lost £13.24bn in 2020. 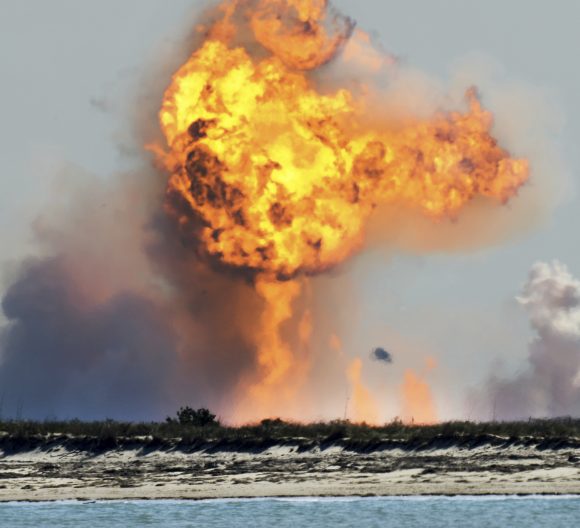 The full-scale stainless steel rocket reached its intended altitude of 6.2 miles, slightly lower than the last one. All seemed on schedule as the 160-foot Starship flipped on its side and began its descent, but it did not manage to straighten itself in time for a landing and slammed into the ground.

Amazon founder Jeff Bezos to step down as CEO

Tech giant Amazon says that Jeff Bezos is stepping down as CEO later this year, a role he has had since he founded the company more than 25 years ago.

Amazon said he will be replaced in the autumn by Andy Jassy, who runs Amazon’s cloud business.

Bezos will become the company’s executive chairman. In a blog post to employees, he said he plans to focus on new products and early initiatives being developed at Amazon.

Buy now, pay later credit agreements will be regulated by the Financial Conduct Authority following a surge in shoppers turning to such products during the pandemic.

The agreements, provided by firms such as Klarna and Clearpay, allow shoppers to spread purchase costs interest-free at the checkout.

They have been criticised for potentially encouraging people to spend more than they had planned and getting into debts that they cannot comfortably pay back.

Embattled retail landlords and shops have handed over almost £1bn to English councils in business rates since the onset of the pandemic – despite the current rates holiday, according to new figures.

The government launched a business rates break at the start of the pandemic which wrote off the property tax bills of retail, leisure and hospitality sites for the 2020/21 financial year.

However, the holiday did not cover properties which were vacant, leaving some landlords with bills still to pay. The exclusion of empty sites has left retail property owners with £924m in tax liabilities to pay for the current financial year.

Online greetings card firm Moonpig has made a robust start to life as a listed company as shares surged in its £1.2bn stock market debut.

The group confirmed the price of its initial public offering at 350p a share – the top end of its range – but the stock surged by more than a quarter as conditional dealings kicked off, with shares opening as high as 450p.

Unconditional trading will begin on February 5. Moonpig placed £491.2m of shares on the market – around 41 per cent of the group – raising gross proceeds of £20m.

Global markets lifted yesterday as the Reddit-led market rally ground to a halt.

Major traders took control as GameStop shares sank, with trading calm and focus on President Biden’s stimulus plan helping to drive US and European markets firmly into the black.

Transport for London raked in up to £130m in fines in one year as drivers failed to pay for the Congestion Charge on time.

In the 12 months to September 2020, TfL also earned £52m from people paying the Charge correctly, making a combined income of £182m.

However, this could indicate that TfL’s revenues from the Congestion Charge have been massively impacted by the pandemic, which saw fees suspended between late March and late June to make key worker travel easier during the first lockdown.

The BBC says today, rain, sleet and snow will persist in the north. In the far south, rain will move eastwards in the morning, clearing by the afternoon. Elsewhere, there will be a mix of sunny spells and showers.

Tonight, hill snow will persist in southern and central Scotland and northern England, but it will turn largely clear in the far south and far north. Rain in Northern Ireland later on.

Tomorrow will see snow continue in the north, possibly falling to lower levels in places, and rain pushing in from the east. Elsewhere will be drier, but with some showers in the far south.

Corporation tax to rise to levels not seen since 2011, says chancellor