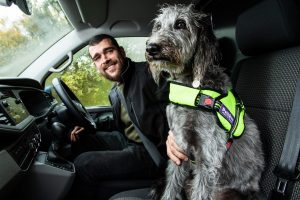 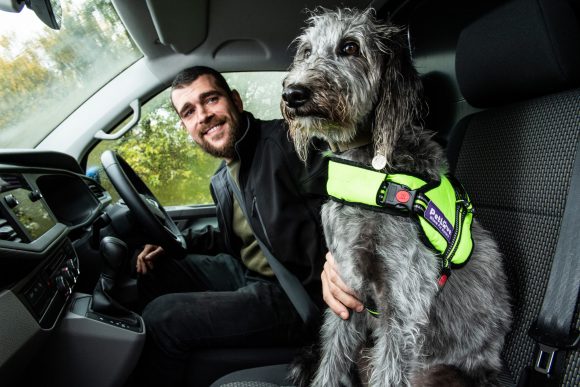 Almost nine out of 10 people aged over 75 in England have received their first dose of a Covid-19 vaccine, as the rollout of jabs passed the 10m mark in the UK.

All residents and staff in care homes in England and Wales have also been offered a jab, the Department of Health said.

The milestone means the NHS is close to hitting the government’s target of vaccinating everyone in the top four priority groups by the middle of February, which account for 88 per cent of Covid-19 deaths.

Boris Johnson has insisted that it is ‘prudent’ to stick to the planned March 8 opening date for schools in England.

The Prime Minister said the proposed date was three weeks after the most vulnerable should have been vaccinated, giving time for immunity to kick in.

In Scotland, First Minister Nicola Sturgeon has said schools will begin a phased reopening from February 22. Elsewhere, the Welsh government is due to make a decision by the end of the week on whether to reopen schools after the February half-term.

The prospect of all adults receiving both doses of the Covid-19 vaccine by August is ‘very optimistic’, England’s chief medical officer said.

Professor Chris Whitty said that while the vaccine rollout was ‘extraordinarily fast’ there were supply constraints and he said ‘logistics aren’t about optimism’.

‘I think that May and August strike me as at the very optimistic end,’ he said.

Fuzz catches up with Simon Pegg

Actor Simon Pegg – the British star of Hot Fuzz and Shaun of the Dead – has been banned from driving for six months after he was caught speeding at more than 60mph in a 40mph zone.

A speed camera clocked his Mercedes GLE at 63mph on the A41 in Hendon, north London, on January 20 last year.

Pegg, who did not appear in person but had previously admitted the offence, was handed the six-month ban at Wimbledon magistrates’ court and fined £660. He already had nine points on his licence.

A single dose of the Pfizer coronavirus vaccine is ‘highly protective’ after three weeks, according to a second study.

Researchers at the University of East Anglia (UEA) said the vaccine developed by Pfizer and BioNTech was still effective after 21 days without a ‘top up’ dose in the recommended time frame.

It follows a study by the University of Oxford which found its coronavirus vaccine with AstraZeneca offers protection of 76 per cent up to 12 weeks after a single dose and may reduce transmission by 67 per cent.

But the figures showed that high streets and shopping centres saw a level of footfall decline which was around 10 per cent better than in April, following the first coronavirus lockdown.

Amazon sales in the UK soared by 51 per cent to almost £20bn last year as lockdown restrictions buoyed the e-commerce giant.

The boss of TSB Bank has seen her annual pay package drop by nearly a fifth while staff bonuses have almost halved after the lender suffered steep losses.

It was a lacklustre day on the FTSE 100 with the blue-chip index preferring to take its movements on the back of company results, rather than any major geopolitical or economic news.

The morning started confidently, with the leading index rising 0.6 per cent – thanks to Vodafone – but by the end of the day it closed down 0.14 per cent, dragged lower by GlaxoSmithKline (GSK), which released its results at 12pm.

Students are being warned to watch out for fraudsters selling fake car insurance which appears to be cheap, also known as ‘ghost broking’.

From January to December 2020, Action Fraud, the national fraud and cyber crime centre, received 694 reports of ghost broking, with nearly a third coming from victims aged 17 to 29.

Fraudsters will offer cheap policies, usually via social media or by word-of-mouth. They pose as middlemen for well-known insurance companies, claiming they can offer legitimate car insurance at a significantly cheaper price.

The Driver and Vehicle Standards Agency is introducing emergency driving tests for critical workers in England and Wales, who must need to drive as part of their job and respond to ‘threats to life’.

These critical workers include those who work in the NHS, health and social care workers, the emergency services and local council staff.

Third of van owners risking £5,000 fine for not securing dogs when driving

Thousands of van drivers could be risking a £5,000 fine by driving without properly securing their dogs in their vehicle, a new survey has found.

The study, commissioned by Volkswagen Commercial Vehicles, found that 41 per cent of van drivers who own dogs would rather take them to work than leave them at home.

However, a third of the 1,000 van drivers questioned admitted to improperly restraining their dogs when driving, which could lead to distractions behind the wheel and increase the possibility of an accident.

Turning more wintry for all

Tonight, rain, sleet and snow will continue in northern Scotland, with scattered showers in southern areas, turning heavy for a time in the east. Mostly clear skies in south-west England.

Tomorrow, northern areas will see spells of rain, sleet and snow continue. However, it will be mostly dry in southern areas, with just a few scattered showers and intermittent bright spells.