Home > News > Feb 6 round-up: Half of adults to get jabs by May; More time to repay bounce back loans; Suzuki’s new Hayabusa 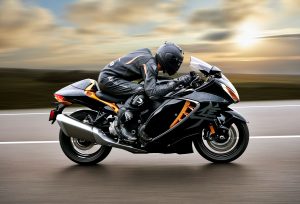 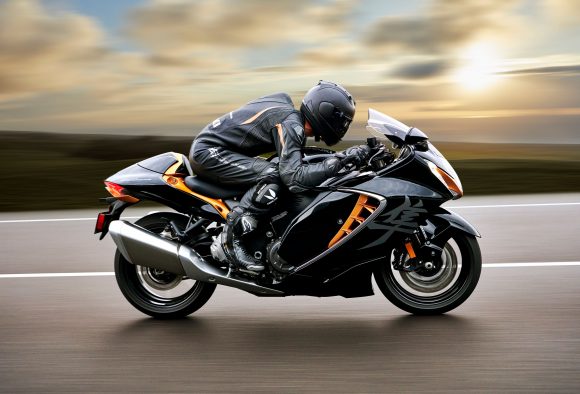 Feb 6 round-up: Half of adults to get jabs by May; More time to repay bounce back loans; Suzuki’s new Hayabusa

Half of UK adults should receive vaccine by May

More than half of all UK adults should receive a coronavirus vaccine by May, the government has announced.

Downing Street confirmed that the vaccine programme planned to reach all those aged 50 and over, as well as adults aged 16-65 in an at-risk group, by May – having previously said it aimed to do so ‘by the spring’.

Health Secretary Matt Hancock warned that ‘lots of things have got to go right’ to hit the goal, including supply, but he said he was ‘sure’ it was achievable. More than 10.9m first doses have already been given.

Boris Johnson has warned that it is ‘still early days’ to start talking about opening up society as reports suggested pubs might not fully open until May.

The Prime Minister has committed to setting out a ‘road map’ later this month for easing restrictions as he faces pressure from Conservative MPs to relax the current lockdown once the most vulnerable have been vaccinated.

In a video posted on Twitter, Boris Johnson reiterated his promise to announce a ‘steady programme for beginning to unlock’ in just over two weeks’ time, but warned it was ‘still early days’ and urged the public to continue following lockdown rules.

The event, which premiered at 6pm, has already been watched by 1,000 people. They saw dealers including TrustFord take the Used Car Dealer Group of the Year and Daksh Gupta named the Dealers’ Dealer of the Year.

Brewer also revealed the best used cars with the Ford Fiesta named our overall Used Car of the Year. Find out who won what in our special Used Car Awards section on the website or watch the video below.

Storm Darcy is set to bring heavy snow and gale force winds to parts of England, while cold air from Russia will make the first February weekend feel anything but spring-like.

Forecasters have issued yellow warnings for snow covering the length of Britain today, while a more serious amber warning is in place for the south east of England from early tomorrow morning.

There is a chance a few places could see as much as 20cm of snow, forecasters have warned. The Met Office said the Dutch have named the low-pressure system that will bring strong winds and widespread snow to south east England as Storm Darcy.

Chancellor Rishi Sunak said he wants to provide ‘breathing space’ for businesses struggling during the pandemic by giving them more time to make the first repayment on government support loans.

The Treasury in September announced ‘pay as you grow’ flexible terms to 1.4m firms who took out £45bn worth of bounce back loans.

The fresh offer included giving the option of paying the total sum back over 10 years rather than six and allowing them to choose to pay only the 2.5 per cent interest on the loans. In a softening of that policy, Sunak has agreed to allow firms to opt for an additional six-month buffer before their first payment is due.

The government’s top scientific advisers warned last month that a ‘complete, pre-emptive closure of borders’ was needed to fully prevent new coronavirus strains being imported into the UK.

Minutes from a meeting of the Scientific Advisory Group for Emergencies (Sage) held on January 21 revealed that the experts said the only other method of stopping any variants arriving was for all travellers to be quarantined in designated facilities.

Prime Minister Boris Johnson announced six days later that only people arriving from countries on a ‘red list’ will be required to self-isolate in a hotel for 10 days. It was confirmed last night that this policy will not come into force until February 15.

Thousands of hotel rooms near airports are being booked by the government as part of new quarantine rules for international arrivals.

The Department of Health and Social Care (DHSC) said it is working ‘at pace to secure the facilities we need’.

A commercial specification was issued on Thursday to hotels near air and sea ports asking for proposals on how they can support the delivery of quarantine facilities ahead of formal contracts being awarded. The Daily Telegraph reported that the scheme will run until at least the end of March.

Pound jumps on vaccine news but pushes FTSE down

Positive news that the UK government aims to vaccine all under 50s by May did enough to push the pound up as markets closed on Friday.

But the strong pound and underwhelming jobs data from the US failed to liven up the FTSE 100, with the internationally focused index closing the day down 14.39 points, or 0.22 per cent, at 6503.72.

Up to 87m pints of beer thrown away

Pubs have been forced to throw away up to 87m pints of beer in the UK since the start of the pandemic, an industry body has claimed.

The British Beer & Pub Association (BBPA) said the waste was the equivalent of £331m in sales, based on the average cost of a pint at £3.81.

Emma McClarkin, the association’s chief executive, warned there would be a ‘wave of closures’ and job losses in the sector unless the government provides further financial support.

The average house price slipped by 0.3 per cent in January, in signs that an uplift in the market could be running out of steam, according to an index.

It marked the biggest monthly fall since April 2020, although typical house prices are still £13,000 higher than a year ago, Halifax said.

Across the UK, average property values stood at £251,968 in January.

Suzuki’s third-generation Hayabusa has been revealed with a variety of innovative and high-performance new features.

First launched in 1999, the Hayabusa was one of the very first ‘hypersport’ motorcycles thanks to its huge engine and impressive performance.

The bike is powered by a 1,340cc four-cylinder engine which, though essentially the same as that found in the previous-generation. It will have 187.74bhp, which helps the motorcycle hit an electronically limited top speed of 186mph.