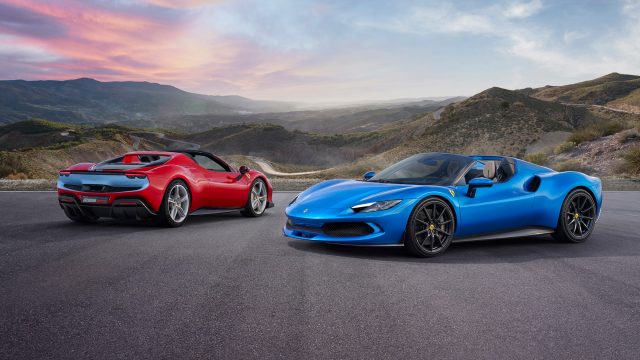 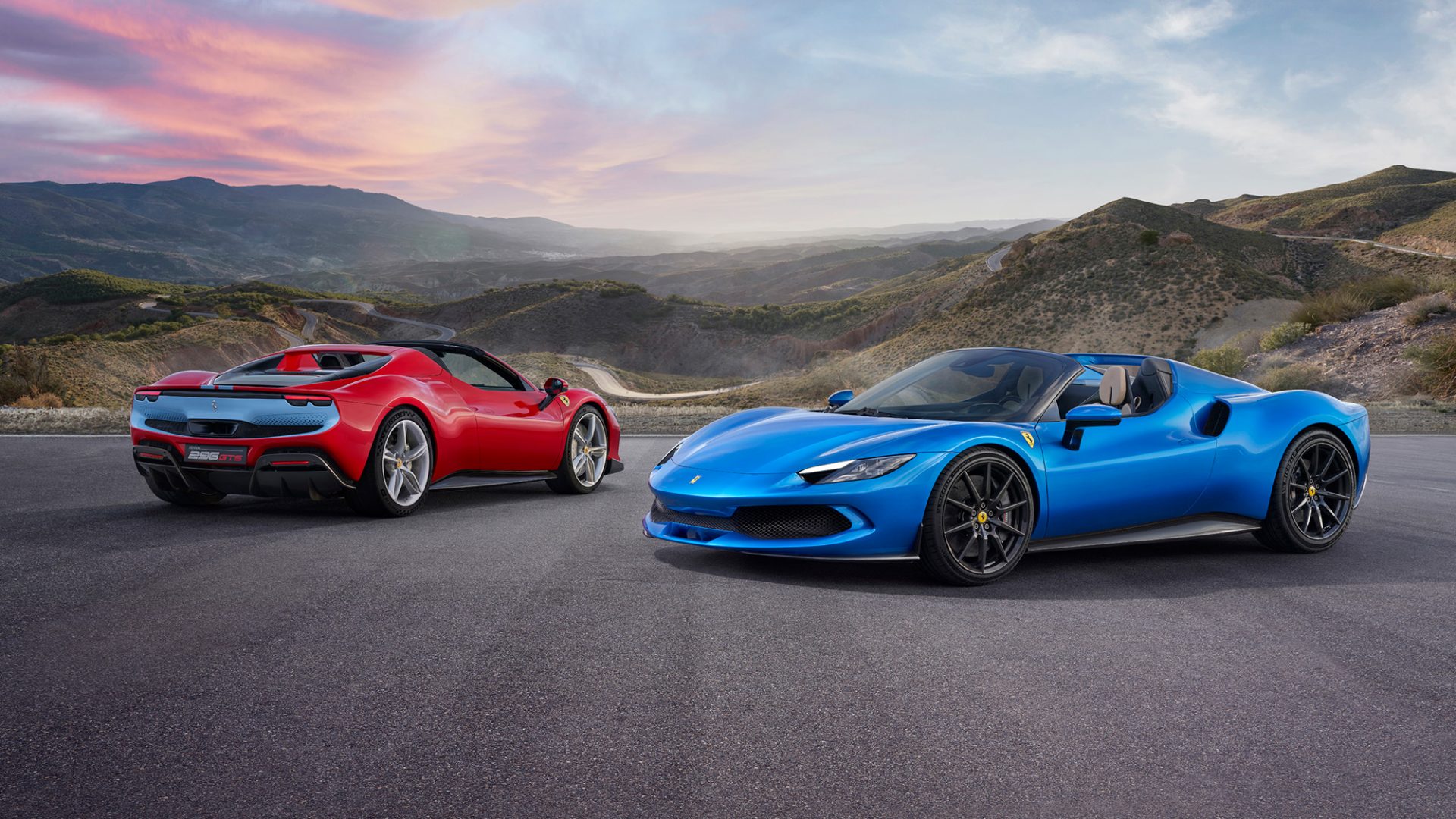 Ferrari leads the way when it comes to supercars on UK roads.

That’s out of a total of roughly 15,230 supercars, with McLaren and Lamborghini the second and third favourite supercar brands at 2,419 and 2,099 cars respectively.

The automotive team at UHY Hacker Young added that there were 16 Bugattis and fewer than five Koenigseggs, each with an average price of £2.3m.

Their study showed that the supercar hotspot was Westminster, with 523 supercars – namely Bugattis, Ferraris, Koenigseggs, Lamborghinis and McLarens – registered there, according to DVLA data.

The London borough was top out of 332 areas that have at least one supercar registered there.

Five London boroughs feature in the top 10 – Westminster, Kensington and Chelsea, Wandsworth, Barnet and Camden – and there are more than 3,000 in-use supercars registered in the capital, making it home to approximately a fifth of supercars on the UK’s roads. 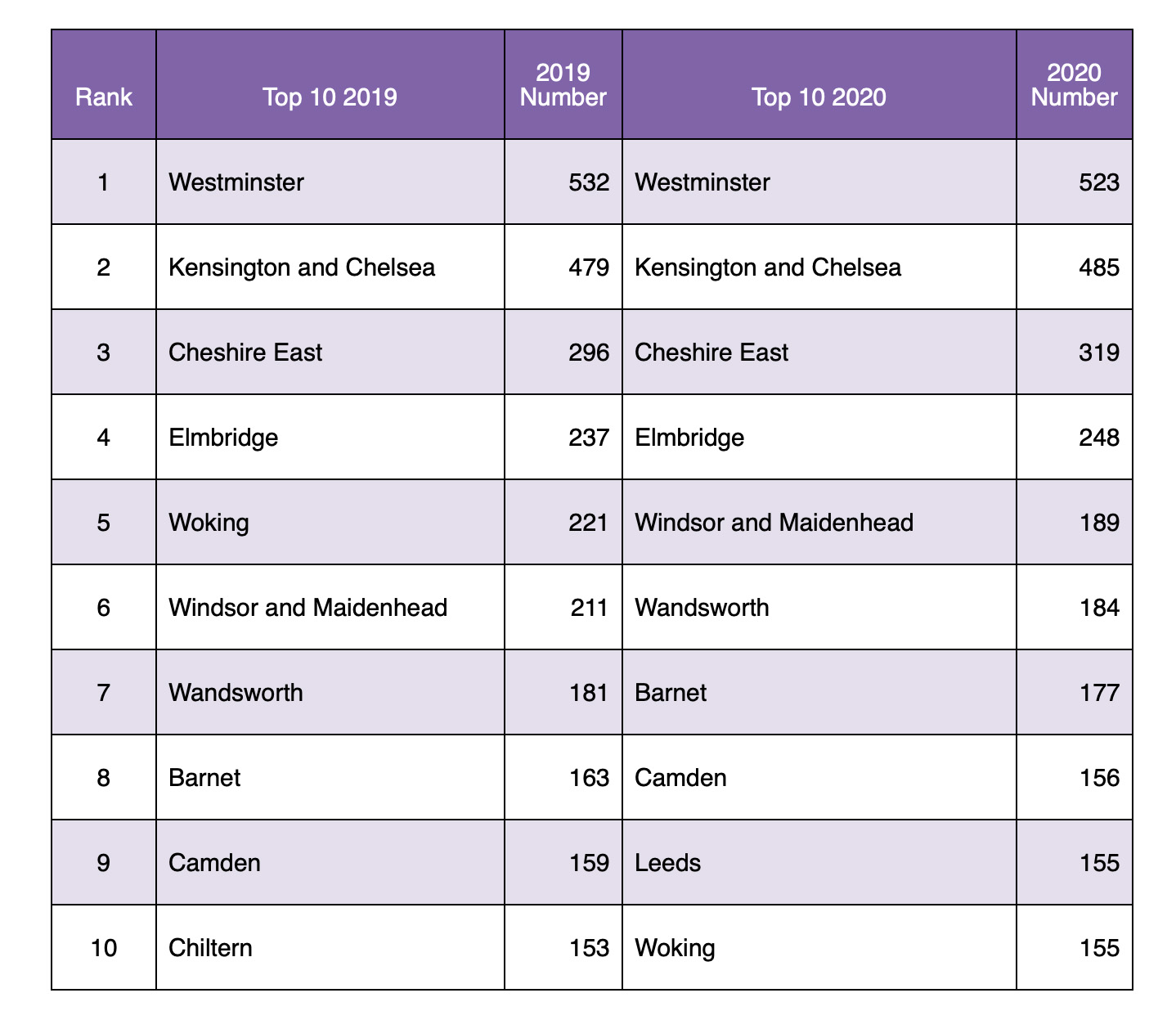 Out of the top 10 areas for supercars, only one isn’t in the south-east of England, namely East Cheshire, which is known for its ‘Golden Triangle’ of wealthy villages that are home to some of the most famous Manchester and Liverpool-based footballers – and, as such, 319 of the UK’s supercars.

Meanwhile, in Scotland, Edinburgh has the highest concentration of supercars at 87.

UHY said the number of in-use supercars in the UK had fallen by 450 to 15,230 in the past year because of the pandemic.

However, with many global travel restrictions having been lifted, UHY says we can expect to see a higher number of supercars on the road again in 2022.

Partner Ian McMahon said: ‘We have seen a drop in the number of supercars being used in the UK over the past year.

‘Ferrari remains the favourite supercar brand of choice, with about 70 per cent of the UK’s supercars being Ferraris.

‘Now foreign travel is permitted again and the events that draw the world’s wealthy to these shores reopen, we should expect to see more supercars on UK roads again.’

However, he added: ‘A big question is whether sales of supercars are really impervious to a broader slowdown in the global economy that results from Ukraine and rising interest rates.’

Pictured at top are a Ferrari 296 GTS Assetto Fiorano, left, and a 296 GTS