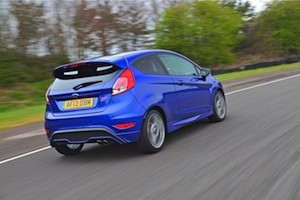 Fiesta tops the league of best-selling used cars on Motors.co.uk

THE Ford Fiesta has ranked as the best-selling used car on Motors.co.uk in May.

The supermini took the title of ‘most popular car’ for the third month running with 9,956 units sold, with the Ford Focus in second place at 8,733 units. Meanwhile, the Vauxhall Corsa was in third place with 6,475 units sold.

Drop-tops were highly sought too – the website saw an increase of 35 per cent for the BMW 1 Series Convertible.

Dermot Kelleher, director of marketing and business intelligence at Motors.co.uk, said: ‘Once again, the nation remains consistent with its choice of the top five most popular used cars, which is broadly reflective of the position for new car sales as well.

‘However, we have seen changes lower down the table, with the Fiat 500 entering for the first time and the BMW 3 Series increasing in popularity during May.

‘The rising stars outside the top 10 included city cars, the Skoda Citigo and VW Up, alongside the mid-size luxury SUV Lexus RX. In addition, the summer sunshine, which started to rear its head in May, has prompted an increase in searches and sales for a number of convertible models, most notably the BMW 1 Series, Mazda MX-5 and Mercedes Benz SLK.’

Top 10 most popular cars on Motors.co.uk