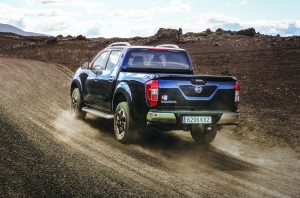 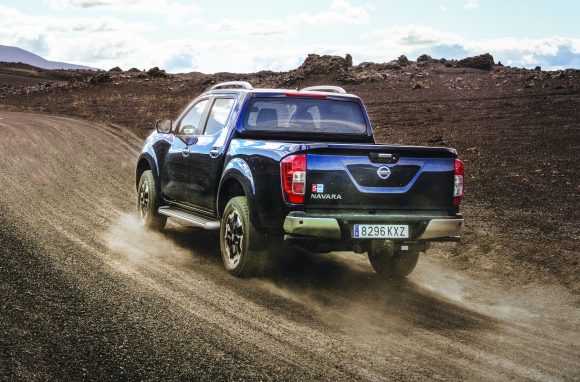 The growing demand for pick-ups is showing no sign of abating. In fact, Nissan sold more than 230,000 one-tonne trucks worldwide last year, with markets such as America and China snapping up these commercial vehicles. The UK is no different.

The Navara has been one of the most popular models in the country, and following the influx of new pick-ups on to the market, Nissan has seen fit to update it to help keep up with the pack.

We headed out to the wilds of Iceland to see what it’s like.

It’s a subtle update here, that’s for sure, but the changes made to the new Navara are just enough to bring it into line with newer rivals. The engine has been upgraded, the five-link rear suspension refined and the brakes beefed up. Tech-wise, there’s a new, larger screen that runs the firm’s latest software, while the towing capacity has been increased.

Exterior-wise, it’s blink-and-you’ll-miss-it similar to the truck it replaces, but the small number of refinements made to the visuals do give it a little more edge.

The Navara is powered by a 2.3-litre twin-turbocharged diesel engine with 188bhp and a useable 450Nm of torque. It’s more efficient than the one it replaces, now emitting a respectable 194g/km of CO2, and driving power to all four wheels through either a seven-speed automatic gearbox (as was the case with our test vehicle), or a newly refined six-speed manual.

Performance figures are decent, with Nissan quoting a 0-60mph time of 10.9 seconds, but the reality is that for workhorse pick-ups such as the Navara, acceleration isn’t the be-all and end-all.

Its range of off-road systems are far more useful, with features such as hill descent control, a proper locking rear differential and the choice of three different four-wheel-drive modes.

As with most vehicles based on a ladder chassis, you can’t expect limousine-like levels of refinement, but the Navara does surprisingly well to isolate a lot of the exterior chatter. There’s a little wind noise, but engine drone is kept well isolated from the cabin – providing you’re not being too harsh with the throttle, that is. The Navara feels most comfortable off road, where its five-link rear suspension system copes handsomely with myriad different surfaces and assorted potholes.

As we’ve already mentioned, the changes that have been made to the way the Navara looks are few and far between. The rear lamp units are now smoked, while the front ones have been given a subtle refresh.

The standard alloy wheels size has been bumped up from 17 inches to 18 too, giving it a little more presence. In truth, Nissan didn’t need to overhaul the exterior of the Navara – it was a good-looking truck before, and it remains so now.

The Navara has managed to deliver a winning combination of consumer-friendly comfort and utilitarian solidity for some time, and it’s still the case now. Yes, many an SUV owner would baulk at some of the interior plastics used here, but they’re hard-wearing and likely to stand up to years of abuse – which is just what you want from a pick-up. The leather seats fitted to our test car were comfortable though and, thanks to eight-way electrical adjustment, it was easy to get comfy.

The biggest change when it comes to in-car tech on the Navara is the inclusion of Nissan’s new eight-inch infotainment screen – up a full inch on the previous-generation system. It may sound like a trivial increase but it makes a big difference. The new operating system is the biggest benefit here, however.

It’s far easier to use than the system it replaces, with smooth graphics and not much in the way of delay when changing through menus.

You also get a full navigation system, while top-spec trucks receive over-the-air map updates too. Apple CarPlay and Android Auto are thrown in as standard, meaning it’s far easier to integrate your smartphone into the car’s system.

The Navara has been brought firmly up to date.

Though they may be relatively minor, the changes made have done enough to help the big Nissan retain its edge. One of the biggest changes is that new infotainment system – it makes the cabin of the Navara far more user-friendly – while the adjustments to the suspension and engine mean it is even more refined.