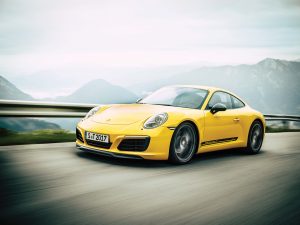 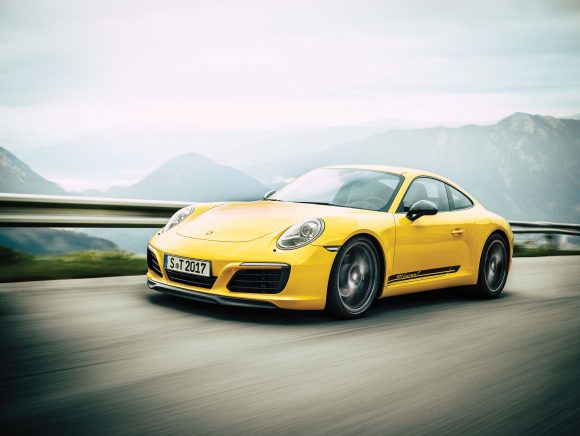 You’ve heard of the Porsche  911 GT3, right? The stripped-out, ultra-focused version of Porsche’s already-capable 911? Accompanied by a price in excess of £100,000 (as well as a waiting list stretching far into the future), it’s a car few will ever be able to buy.

So Porsche has applied the same measures to its base 911 Carrera to create this – the Carrera T. It’s lighter and more exclusive than Porsche’s entry-level 911 but costs close to £25,000 less than the range-topping GT3.

The Carrera T boasts no additional power nor torque over the regular Carrera, but what it does offer is lightness. The rear seats have been removed, while the glass used for the windows and windscreen is thinner. There’s less in the way of sound-deadening, too.

Interestingly enough, although the rear seats have been removed along with the air conditioning and infotainment system, these can be added back in for no extra cost.

Only a few kilos have been dropped compared with the standard 911 and yet, though many things have been removed, the T costs over £7,500 more than the regular Carrera. As is often the case with Porsche, you’re paying more but getting less!

The Carrera T gets the same turbocharged flat-six as you’ll find in the base car, and just as it does in that car, it produces 365bhp and 450Nm of torque. Hitting 60mph takes a respectable 4.3 seconds, while all-in you’ll be doing 182mph. Power is sent to the rear wheels through a seven-speed manual gearbox, and Porsche claims decent economy figures too.

Our test car had its performance repertoire bolstered with the addition of Porsche’s ceramic composite brakes (a £6,018 option), while active suspension management with a ride height dropped by 20mm over the regular Carrera featured as standard. A sports exhaust comes as part of the Carrera T’s basic price too.

The regular Carrera is a well-sorted, impeccably balanced sports car, and to elevate this without radically changing the mechanicals or the power output is an impressive achievement indeed. It’s why the Carrera T feels, in truth, pretty much the same as the base car.

That’s no bad thing at all, though; it’s still effortlessly engaging, capable on a day-to-day basis and so beautifully damped for UK roads it feels at home on almost any surface.

Yes, the current-generation 911 may look a lot like the previous incarnation and the one before that – but you can’t fault it for the way it turns heads without being overly flash. Many have criticised Porsche for its slow evolution of the 911’s styling, but we think it just gets better with each new generation.

You won’t find all that much ‘new’ tech in the cabin of the Carrera T. Porsche’s infotainment system is present and correct, but save for  that there’s very little to prod or buttons to press. But here’s the kicker – it’s all the better for it.

The spot-on driving position makes damn sure that you’re in the perfect place to pilot the car, while the steering wheel has plenty of adjustment in it.

There’s plenty of kit included for the Carrera T’s base £85,576 price, including heated front sports seats with four-way electric adjustment and Porsche’s own infotainment system, which houses satellite navigation and media functions, along with Apple CarPlay.

Full LED headlights are an optional extra on our test car and provide excellent visibility at night, while the high-definition 4.6-inch screen ahead of the driver is wonderfully clear.

Car Magazine said: ‘The T is just as much of a tasty thing to drive as the rest of the Carrera range.’

The Carrera T makes for a rather compelling package. It’s quick, good to look at and feels special. Is it different enough to a regular Carrera to warrant a close-to-£7,700 premium over the regular car? Just.