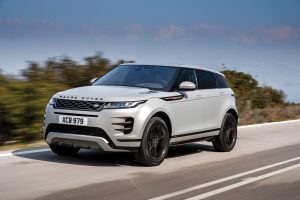 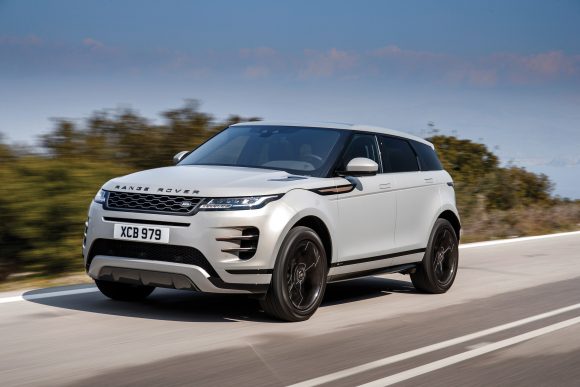 First launched in 2011 and more than 800,000 sales later, this is an all-new model, but it’s entering a much more crowded battlefield, with competitors such as the Audi Q2 and Volvo XC40 very popular.

Short of the door hinges, everything you see and touch is new. There’s a range of updated engines under the bonnet and an interior that will be familiar to anybody who’s sat in the latest generation of Range Rover or  Range Rover Sport models.

The new Premium Transverse Architecture that underpins the Evoque is set up for petrol, diesel, plug-in hybrid or full EV

powertrains, and from launch there are three petrols and three diesels.

The basic 148bhp diesel makes do with front-wheel drive and a manual gearbox, but the other five – 178bhp and 237bhp diesels as well as 197bhp, 247bhp and 296bhp petrols – all have a new nine-speed auto, four-wheel drive and a mild-hybrid system to boost performance and economy. All are four-cylinder units.

Slightly over-light steering and a large, thin-rimmed steering wheel give the impression that the Evoque won’t corner. But move past the initial uncertainty and you’ll find a very sweet-handling car.

Grip levels are excellent, and  even the basic non-adaptive suspension remains impressively flat through the corners.

Land Rover’s also done an impressive job of isolating the judder you feel from large rims on poor road surfaces. Ride comfort’s excellent across  the board, especially at a cruise.

The new car looks similar to  the old Evoque, but details have been simplified and kinks and creases ironed out.

Details have been carried over from the previous model – the rising waistline, ‘floating’ roof and wheel-at-each-corner stance – but the removal of the plastic wheel-arch extensions and addition of hidden door handles gives a very slick, concept-car look.

Land Rover’s signature LED lights sit up front, while the full-width element across the rear combined with the letterbox rear window gives it a pleasingly squat stance.

The dual-screen set-up of the dashboard has been lifted from the Velar, leaving few traditional buttons. It does take a little getting used to – and we found the gearstick gets in the way of the lower screen.

Space is an improvement on the previous model, although legroom is still limited for passengers in the rear. The boot’s improved by 10 litres, and the seats fold to give a totally flat load bay.

S, SE and HSE trim levels are available, with sporty R-Dynamic versions of each. All models have LED headlights, alloy wheels, climate control, a suite of cameras, cruise control and all of Land Rover’s off-road goodies, but entry-level cars do feel rather spartan with their analogue gauges, manual boot and barely adjustable seats.

The Evoque’s options list is extensive and includes some very clever camera systems – one that replaces the rear-view mirror and another that makes the bonnet ‘invisible’ for tricky manoeuvres.

The new Evoque feels like the correct way to go – a useful upgrade without risking scaring existing owners away from the showrooms. It’s a handsome SUV with a good interior, superb cruising manners and more off-roading capability than the majority of drivers will need.