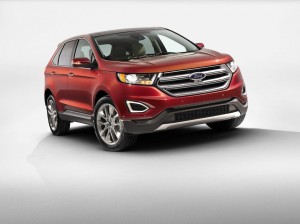 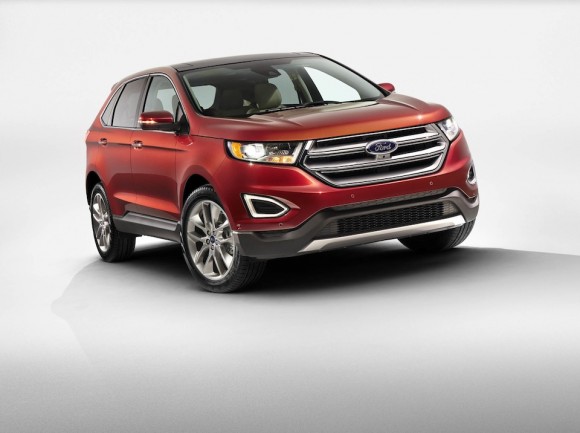 Ford Edge on the way to UK showrooms next summer

DUE to arrive in the UK next summer, this is the Ford Edge, a new SUV from the Blue Oval.

Priced from about £30,000, the Edge will head up Ford’s European range of SUVs, which includes the Kuga crossover and the recently-launched EcoSport.

Ford is introducing the previously US-market only Edge to Europe due to increased demand for utility vehicles, and is preparing to take on the likes of the Audi Q5 and BMW X3 in the compact SUV market.

To ensure it doesn’t falter in the face of its premium competition, Ford has endowed the Edge with a raft of new technology, including adaptive steering – which continually adjusts steering ratio in line with the vehicle’s speed – a front split-view camera and active noise cancellation, which plays ‘anti-phase’ sounds through the speakers to reduce ambient noise levels.

In the UK the Edge will be offered with two versions of Ford’s 2.0-litre Duratorq TDCI diesel motor. The first is a 178bhp unit mated to a six-speed manual gearbox, with the other developing 207bhp and offered with a six-speed ‘Powershift’ automatic transmission. CO2 emissions are expected to be rated at 149g/km and 159g/km respectively.