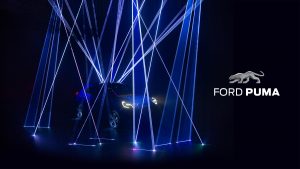 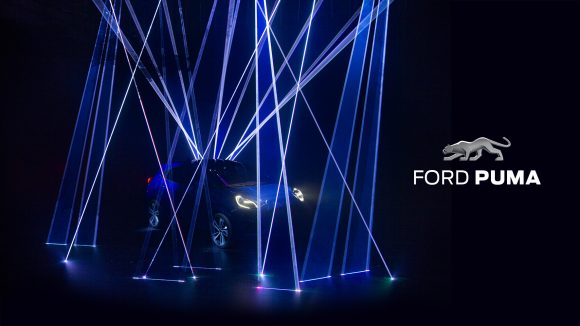 FORD has brought back a name from its recent past in the form of an all-new coupe crossover.

Called the Puma, it features a mild-hybrid petrol powertrain alongside class-leading boot space and athletic styling.

The Puma joins Ford’s rather extensive SUV line-up, which features the Fiesta and Focus Active models, EcoSport, the third-generation Kuga, Edge and Explorer.

The American firm claims that SUVs now account for more than 20 per cent of its total sales, with registrations rising by 19 per cent in 2018 alone.

Developing 153bhp, the EcoBoost Hybrid setup pairs a 1.0-litre Ecoboost petrol turbo engine with a belt-driven starter/generator, which helps improve the model’s efficiency and recovers energy for the electrical system through braking and coasting.

Ford claims the Puma will achieve at least 50mpg and emissions of 124g/km CO2.

In terms of styling, the Puma maintains its sporty roots as it comes with high-mounted headlights, smooth lines and short overhangs. It also has a raised ride height for a ‘confidence-enhancing driver experience’.

Stuart Rowley, Ford of Europe president, said of the new model: ‘Innovatively engineered and seductively styled, we think Puma is going to really resonate with compact-car customers in Europe. If you want a car that can turn heads on Friday night, and swallow your flat-pack furniture with ease on Saturday afternoon, then you’ve found it.

‘We’ve gone to every length to give customers the flexibility they want, with progressive and evocative styling, so that they can drive the best-looking car they’ve ever owned.’

Prices for the new Puma are yet to be confirmed, but Ford says that sales will begin by the end of 2019 – with production taking place at the brand’s Craiova plant in Romania.