Among the operational highlights were the acquisition of the Jennings Motor Group last September – which was subsequently revealed to have cost it £5.6m for the entire issued share capital – and expanding its partnership with Ford in the north-east of England, as well as continued investment to improve dealerships. 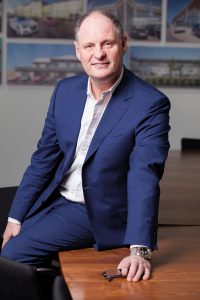 Chief executive Andy Bruce said: ‘We have produced a resilient set of results against a backdrop of more challenging conditions in the motor sector, increasing sales and maintaining profitability. In particular, growth in our used car and aftersales divisions has helped to offset the impact of a more muted new car market, demonstrating the resilience of our business model.

‘We remain focused on our strategy of having the right brands in the right locations, underpinned by ensuring operational excellence across our portfolio of dealerships. This focus, combined with the quality of our people, is our formula for success and is helping us to increase market share.

‘At the same time, we continue to explore opportunities to grow the Lookers estate, and in September we expanded our presence in the north-east with the acquisition of the Jennings Group.

‘The order book for new cars in the important month of March is in line with our expectations and we expect to make further progress in used cars and aftersales. We remain mindful of a prolonged period of political and economic uncertainty, but we believe we are well positioned to strengthen our position to deliver growth and enhance shareholder value over the medium to long term.’

The final dividend per share is 2.6p – a rise of five per cent.