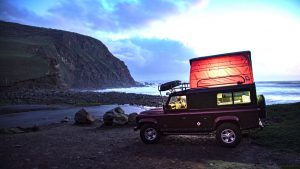 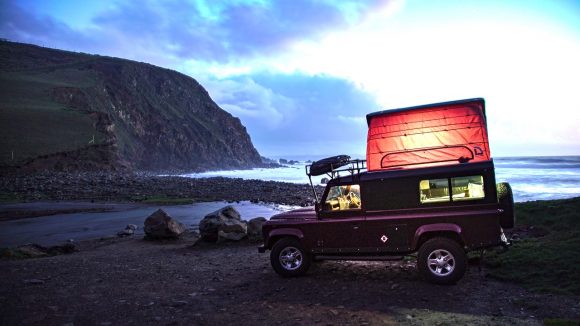 A New Forest car dealer closed since May is to be transformed as the new national hub for the revival of iconic camper van specialist Dormobile.

It is recruiting to create around a dozen new jobs and bring business to the Hampshire national park as a mecca for campers with renovations, conversion fabrications, sales and rentals.

The former Pat’s Garage in Romsey Road closed in May when Vauxhall dealer Picador vacated the site that has been a garage since 1936, ending fuel sales in the village – a service that will not be revived.

Now Dormobile Ltd, for decades Britain’s biggest camper van specialist, has spent more than £1m buying the half-acre site with 200sqm of showrooms and nearly 300sqm workshops with six ramps on the main artery through Lyndhurst.

The workshops should be reopened within a month with the business’s official launch early in the new year. 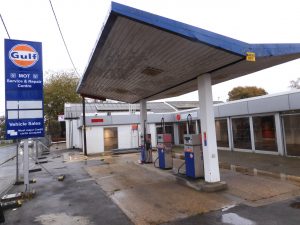 New base for Dormobile – the former Picador Vauxhall dealership in Lyndhurst

General manager Ant Sullivan said: ‘The brand has been a sleeping giant and this freehold purchase gives us a blank canvas to transform it to use for camper van fabrications, classic renovations, sales and rentals. We are delighted to be in Lyndhurst, we want to be a positive part of the Forest.

‘The local community can rest at ease that it isn’t going to be for housing but will bring trade and jobs to Lyndhurst as a camping mecca.

‘We will be needing fabricators, mechanics, and those qualified in habitation work including gas and electrics.’ 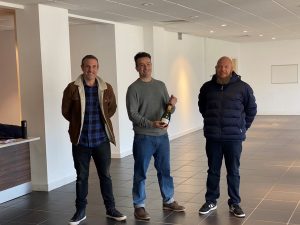 Parish council chairman Cllr Chris Willsher gave the news a cautious welcome, saying: ‘We regret the loss of the petrol station which was a valued community asset.

‘We have yet to see the detailed plans, however we welcome the opportunity of new jobs coming to Lyndhurst and hope that the new owners will want to play a wider role in supporting life in the village.’

Sullivan, who is running the company with director Paul Street and finance manager Sean Bolton, said it was expanding as it transferred from its temporary base at Alderbury in the north of the Forest near Salisbury after some years at Mill Lane, Nursling, then SHB Romsey, after Mike Street bought the company in 1999.

Dormobile director Paul Street said: ‘I am absolutely delighted to have acquired Pat’s garage and bring Dormobile Ltd to the location it deserves.

‘Having grown up in the Forest it’s especially important for me to see how we can impact the local area positively, by creating jobs and becoming part of the fabric of this community.

‘It’s a really exciting time for this iconic brand. Simply, there’s no better location than the magnificent New Forest for Dormobile to start this new chapter.’

Recent years have been a far cry from Dormobile’s heyday of the 1950s, 60s and 70s as part of the Martin Walter company based at Folkestone in Kent and the birth of the first Dormobile-branded Bedford CA van ‘bedroom on wheels’.

That had four rear seats converting to two single beds, followed five years later by the launch of the iconic side-elevating roof.

By 1961 Volkswagen and Land Rover joined the growing list of base vehicles being converted into motor caravans and that iconic candy stripe canopy and roof bunks on a Volkswagen split-screen remains a sought-after classic.

But after unprecedented success, the tail end of the millennium saw a rapid decline in Dormobile’s fortunes with rising costs of raw materials, competition and the modern package holiday leading to the factory’s closure in 1994.

Now, driven by the Covid pandemic-driven staycations trend, the business is booming with demand for conversions and restorations.

Sullivan said: ‘Not only do we restore these classic vehicles and supply parts around the globe, we are equally passionate about our new innovative conversions for Land Rover Defender (pictured too), Volkswagen T6, Ford Custom or Peugeot Boxers.

‘We are custodians of this great name and are determined to keep the legacy going.’