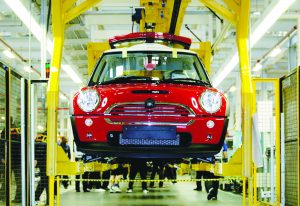 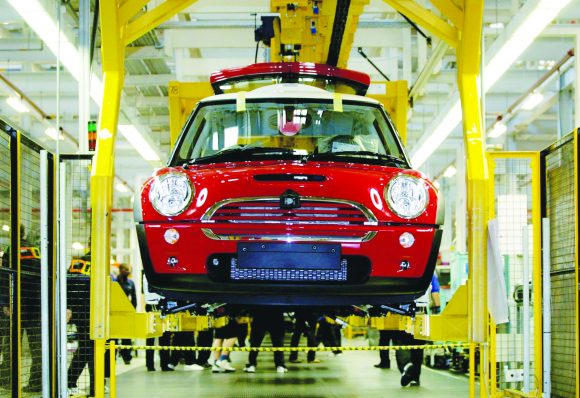 Fully electric Mini to be built in UK from 2019

A FULLY electric version of the Mini is to be built in the UK, giving a huge boost to the car industry.

The firm’s German owners BMW said the new model’s electric drivetrain will be built at its plants in Bavaria before being integrated into the car at Cowley, near Oxford.

The car will be a variant of its three-door hatch model and will go into production in 2019.

BMW said in a statement from Munich that electrification was one of the central pillars of the group’s corporate strategy.

All of its models were able to be electrified, with a full electric or plug-in hybrid drivetrain being offered in addition to an internal combustion engine.

Additional electrified models will be launched in the coming years and beyond 2020.

‘Our adaptable production system is innovative and able to react rapidly to changing customer demand.

‘If required, we can increase production of electric drivetrain motor components quickly and efficiently, in line with market developments.’

BMW said it expected electric models to account for between 15-25 per cent of sales by 2025.

The group produces electric models at 10 plants across the world.

An electric Mini is expected to be a huge seller in the UK and overseas and the news is a huge vote of confidence in the 4,500 Cowley workers.

The decision is also welcome news for the UK’s automotive industry, which has been warning of rising costs if a free trade deal cannot be negotiated as part of Brexit.

Len McCluskey, general secretary of Unite, which recently agreed a deal on pensions for BMW workers to end a dispute with the company, said: ‘This announcement is a huge and totally deserved boost to a world-class workforce that has endured a tough few months.

‘Around the world and for generations, the Mini means made in Britain. With the electric Mini being built in Cowley, the tradition continues but with the added bonus that this is one of the important innovations of tomorrow.’

A handful of new jobs might be created at Cowley, which currently produces 1,000 Minis a day.

MORE: Sponsored: Do you have an attribution problem?

On SuperUnleaded.com: Russian crossroads proves it’s just not worth running the risk