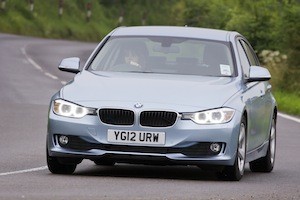 Collectively BMW, Audi, Volkswagen and Mercedes-Benz accounted for 34.2 per cent of searches on the site, according to figures for August 2014 released today.

Of these, cars made by BMW and Audi headed the list (taking 10.3 per cent and 9.1 per cent respectively), making up one in five of all site searches.

Volkswagen and Mercedes completed the top four August sweep, with a further 15 per cent of search volumes between them.

The most searched for cars by model in August were the BMW 3 Series, VW Golf, Audi A4, Ford Focus, BMW 5 Series, Audi A3, Ford Fiesta, Mercedes C-Class, Vauxhall Astra and the Mercedes E-Class.

‘There are good reasons why the BMW 3 Series consistently tops the chart, with VW’s Golf and Audi’s A4 not far behind. A combination of premium positioning, quality and regular model updates help keep these models at the front of mind for those looking for a new car – and for those who simply aspire to own a premium new or used car.’